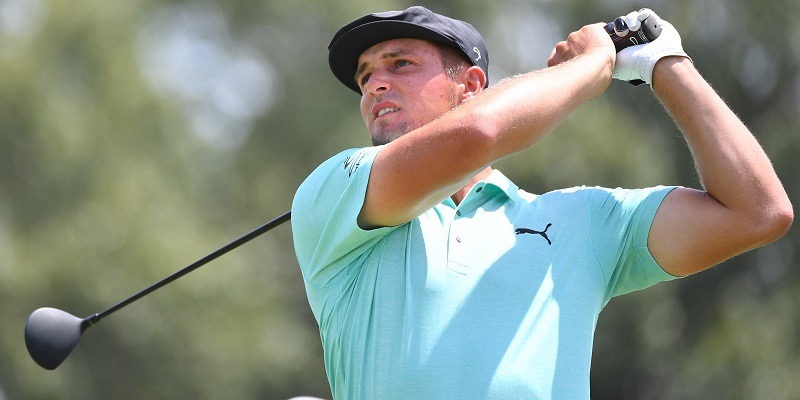 LAST TOURNAMENT: Charles Schwab Challenge (Kevin Na)
THIS WEEK: Memorial Tournament, May 30-June 2
Muirfield Village Golf Club, Dublin, Ohio (Par 72, 7,392 yards)
Purse: $9.1 million (Winner: $1.638 million)
Defending champion: Bryson DeChambeau
FedEx Cup leader: Matt Kuchar
Television: Thursday-Friday, 2:30-6:30 p.m. ET (Golf Channel). Saturday, 12:30-2:45 p.m. (GC), 3-6 p.m. (CBS). Sunday, noon-2:15 p.m. (GC), 2:30-6 p.m. (CBS).
NOTES: The tournament was founded by Jack Nicklaus, and Muirfield Village Golf Club was named after Muirfield, Scotland, where Nicklaus won the first of his three Open Championships in 1966. Muirfield Village is known for having generous fairways and fast greens. … Justin Thomas returns following a wrist injury that has sidelined him since tying for 12th at the Masters. … Tiger Woods, who leads all players with five victories at the Memorial, is in the field for the second consecutive year. Kenny Perry (3) is the only other player to win it more than twice. Woods is also the only player to successfully defend at the Memorial, winning three straight years from 1999-2001. However, Woods is T65, 71 and T23 over his past three visits. … No left-handed player has ever won the Memorial, with Mike Weir coming the closest with his tie for second in 2008. … DeChambeau enters having missed his past three cuts. His last T10 in the States came at the Sony Open in January.
BEST BETS: Kuchar (18/1) has gained 122 strokes over the field in his past nine starts in the event. His closest competition is Dustin Johnson (plus-74), who is not in the field this week. … Rory McIlroy (8/1) has five T15s in his past seven visits to Muirfield Village, and thanks to his weekend rally at the PGA Championship, he has nine T10s in 11 starts this year. However, he’s also the betting favorite, so the odds aren’t highly compelling. … Hideki Matsuyama (22/1) won the Memorial in his first attempt in 2014 and the course has always suited his game (T5 2015, T13 2018). … Jason Day (22/1) is a member of Memorial. He has only one T25 in 10 attempts, but few know the course better. Day believes in playing the distances at Jack’s Place, and if his irons are on this week the odds are decent.
NEXT WEEK: RBC Canadian Open, Hamilton, Ontario

LAST TOURNAMENT: Pure Silk Championship (Bronte Law)
THIS WEEK: U.S. Women’s Open, May 30-June 2
Country Club of Charleston, Charleston, S.C. (Par 71, 6,535 yards)
Purse: $5.5 million (Winner: $1 million)
Defending champion: Ariya Jutanugarn
Race to the CME Globe leader: Jin Young Ko
Television: Thursday-Friday, 2:30-7:30 (FS1), Saturday-Sunday, 2-7 p.m. (FOX).
NOTES: This is the 74th U.S. Women’s Open. … Only two players have successfully defended their title since 1991: Annika Sorenstam (1995-96) and Karrie Webb (2000-01). Only three other defending champions have finished within the top 10 the following year. … Jutanugarn lost a seven-shot lead before beating Hyo-Joo Kim on the fourth playoff hole. … The field will include 156 players, with the top 60 and ties making the cut. … Alexa Pano, 14, is one of 47 first-time participants and one of 26 amateurs in the field. She first attempted to qualify for the event when she was 8. … Next year’s U.S. Women’s Open will be held at the Champions Golf Club in Houston. … South Koreans have won six of the first 12 LPGA Tour events in 2019. Ko is the only two-time winner. … Augusta National Women’s Amateur standouts Jennifer Kupcho and Maria Fassi will be paired together in the first two rounds while making their pro debuts. Fassi won the NCAA individual title last week. … Michelle Wie remains on indefinite break while recovering from a hand injury. … This is the second of 12 consecutive weekends with an LPGA Tour event, culminating in the Ladies Scottish Open in August.
NEXT TOURNAMENT: ShopRite LPGA Classic, Galloway, N.J.