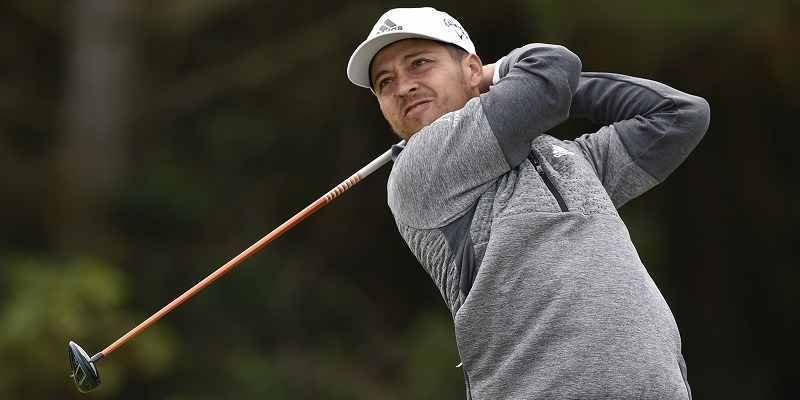 NOTES: This is a no-cut event featuring 78 players. … It is the final of three events on the Asia swing. … No. 1 Brooks Koepka and No. 6 Woods are not playing this week, but 17 of the top 30 players in the official world golf rankings will play this week. That includes No. 2 Rory McIlroy, No. 9 Schauffele and Japan’s Hideki Matsuyama – coming off a second-place finish that saw him rise five more spots to No. 22. … 2017 winner Justin Rose is making his 2019-20 season debut. … Sheshan was ranked as the third-most difficult course on the PGA Tour last season and featured the toughest par 3, par 4 and par 5 on Tour. … The field will feature six Chinese golfers, including Xinjun Zhang, who led the Korn Ferry Tour’s regular-season points list. … Phil Mickelson will be competing in China for the first time since 2017.

BEST BETS: McIlroy (+600 by DraftKings) made his season debut last week, leading the field in par-5 scoring in finishing third. He has two T10s and a T11 in four previous starts at Sheshan. … Matsuyama (+1200) has a T16, a T3 and a solo second in his past three starts. Oh, and he won this event in 2016. … Schauffele (+1600) played last week and shot a final-round 68 to catch Tony Finau last year. … No one boasts Rose’s (+1800) resume on this course. The Englishman won the event in 2017, finished third in his title defense and also has a fifth-place finish on the course in 2013. … Reigning Rookie of the Years Sungjae Im (+3500) will break through sooner than later, and he’s coming off a T3 at the ZOZO. … Henrik Stenson (+3500) finished T2 in his last two starts at Sheshan – but is the form there as he transitions away from his trusty 3-wood?

NOTES: This is an alternate-event tournament, with the winner earning 300 FedEx Cup points. … The field includes Griffin, 2018 Rookie of the Year Aaron Wise and major champions David Love III, Trevor Immelman and Mike Weir. … Love III is playing on the PGA Tour for the first time since the Zurich Classic of New Orleans after failing to advance in the Charles Schwab Cup Playoffs on the Champions tour.

NOTES: In Bee Park holds the tournament scoring record of 22-under 266 set in 2014. … Park is one of four former champions in the field along with Korda, Eun-Hee Ji (2017) and Lydia Ko (2015). … Danielle Kang has moved up to a career-high No. 7 in the Rolex Rankings with a win and a solo second in the past two weeks. … Jang moved up 25 spots to No. 31 with her victory last week, but has yet to announce whether she will return to the LPGA Tour. … This is the third of four events on the Tour’s Asia swing. … Jin Young Ko, who plans to play in the year’s final three events, has clinched Player of the Year honors. Ko leads the Tour in official money ($2.714 million), scoring average (68.933) and greens in regulation (79.7%).

NOTES: The top 54 players in the standings qualified for the second leg of the Charles Schwab Cup Playoffs. … Tommy Tolles (No. 37) and Bart Bryant (No. 53) qualified virtue of their solo second and T12 finishes, respectively, last week. Stephen Leaney and Esteban Toledo fell out of the top 54. … McCarron holds a 252,550-point lead over Jerry Kelly.