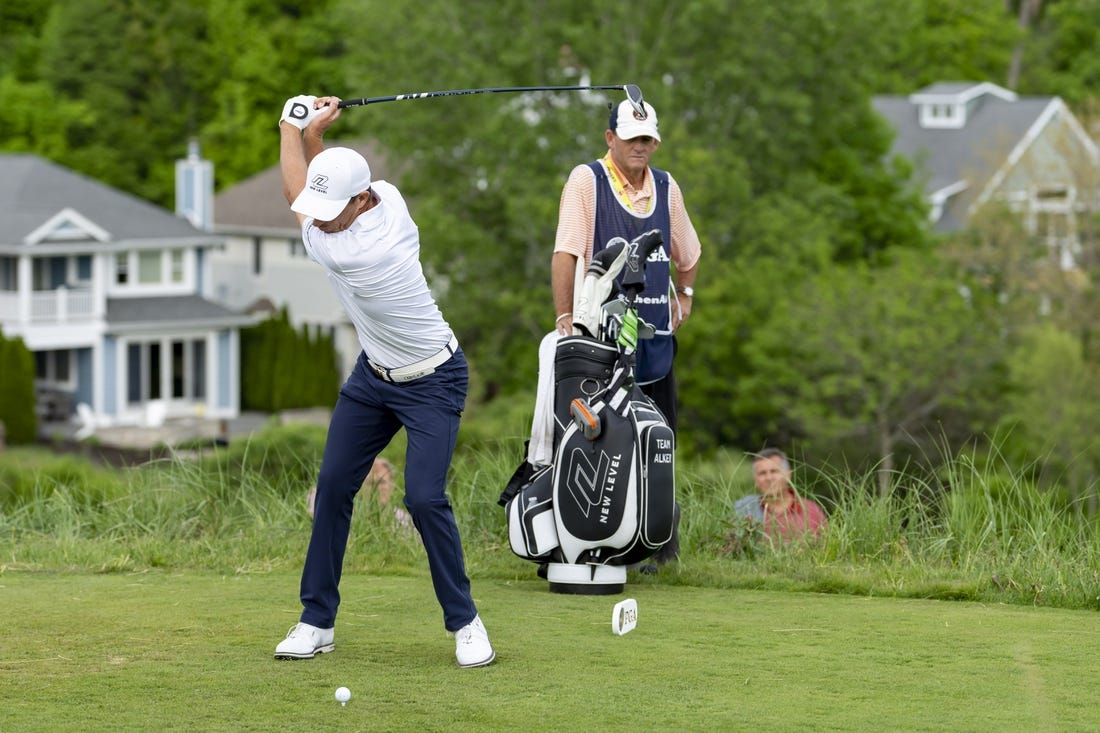 Steven Alker was an unknown journeyman golfer this time last year. Now he’s made himself a home on the PGA Tour Champions, and on Sunday, he became a major winner.

The New Zealand native made nine birdies and shot an 8-under-par 63 Sunday to win the Senior PGA Championship at Harbor Shores Resort in Benton Harbor, Mich.

“It’s been a great run,” Alker said. “I’ve just enjoyed playing out here. I’m enjoying myself with the guys that have made me welcome. It’s so much fun.”

Alker only played three full seasons on the PGA Tour and won four times on what was then called the Web.com Tour before turning 50 years old and became eligible for the tour in July 2021. Winning the TimberTech Championship the following November helped him finally gain full status.

Alker added two more victories in April and May and entered the week leading the Charles Schwab Cup money list. He opened the Senior PGA with a 64 before slipping behind during the middle two rounds.

He birdied three of his first five holes, and after committing his only bogey of the round at No. 7, he bounced back with four straight birdies at Nos. 8-11. That tied him at 14 under with Ames.

Ames dropped back with two bogeys over his last five holes, while Alker made his eighth and ninth birdies with short putts at Nos. 15 and 16. Ames ended with a 1-under 70.

“Overall, any person that’s an (unknown) player coming out, is getting a name for himself,” Ames said of Alker. “I think the way he’s been doing it this year is phenomenal, three wins this year so far, he’s now at 1.6 or 1.7 (million) on the money list. He’s running away with the Schwab Cup right now.”

German star Bernhard Langer finished third at 10 under after briefly holding the lead earlier in the day. He went 4 under on the front nine to reach 14 under before bogeying three straight holes and doubling No. 18 to wind up with an even-par 71.

Tiger Woods set to play The Match despite sore foot

Tiger Woods, who hasn’t played a competitive round of golf since July, is set to return to action on Saturday night in The Match in Belleair, Fla., despite an ailing…

Norway’s Viktor Hovland held off challenger Scottie Scheffler with a final-round, 3-under-par 69 to win the Hero World Challenge in New Providence, Bahamas, Sunday. It was the second straight win…

LIV CEO Greg Norman is not the least bit bothered by criticism from PGA Tour golfers Tiger Woods and Rory McIlroy. As the acrimonious spat between the two tours heats…

Tiger Woods set to play The Match despite sore foot

Tiger Woods, who hasn’t played a competitive round of golf since July, is set to return to action on Saturday night in The Match in Belleair, Fla., despite an ailing…