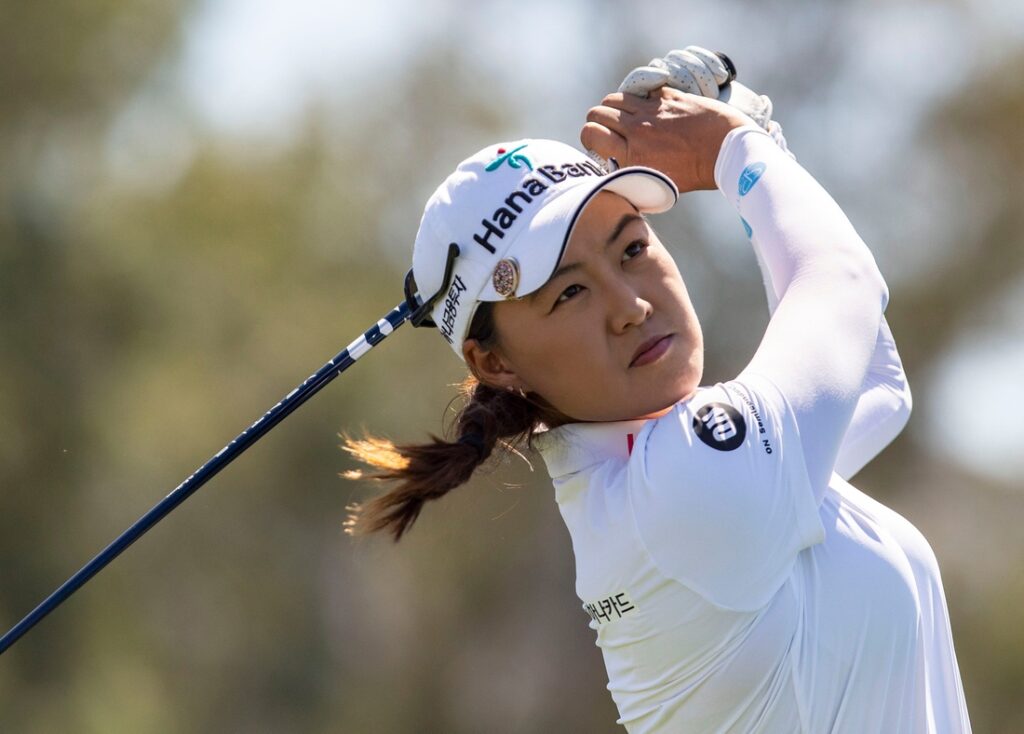 Lee sits one shot in front of South Korea’s Jin Young Ko in the inaugural edition of the event at the Palos Verdes Club.

Beginning the event with the best scoring average on the LPGA Tour (69.050), Lee started with three birdies on the back nine before adding five more on the front.

“I knew beginning there would probably be quite a few birdie opportunities. You know, there are some par 5s that are reachable and a lot of shorter holes on the front nine as well,” Lee said. “So starting on the back nine I think it was just nice to start off with a birdie. I mean, regardless of which golf course you’re at, I think it’s nice to start with a birdie. It was nice.”

Lee said familiarity with the kikuyu grass at Palos Verdes, common to Australia, was helpful.

“My golf club back home, it’s the same type of fairways,” she said. “I don’t think we play a course with the same type of grass throughout the whole year, so it was kind of a nice surprise when I got here.”

Lee, a six-time winner on the tour, last won at the 2021 Evian Championship, her first major title.

Ko owns two major crowns, the 2019 ANA Inspiration and the 2019 Evian Championship, among her 13 LPGA victories. After making the turn at 1-under par on the back nine, she ran off six consecutive birdies from No. 2 to No. 7.

Asked about the hot streak, Ko said, “I’m just trying to think right now and hit this ball, and then after (the) shot, don’t think about scores. Just feel my body and feel my mind and just enjoy.”

Japan’s Nasa Hataoka, who won the nearby LA Open on Sunday, is not in the field for the Palos Verdes Championship.