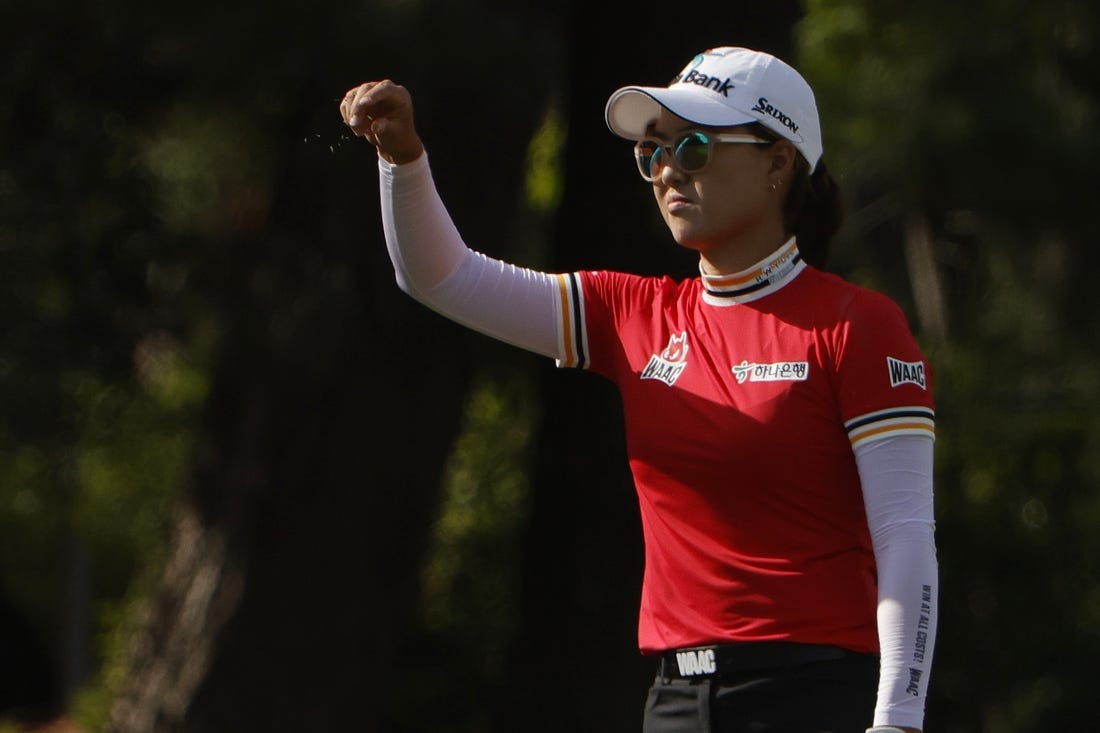 Australia’s Minjee Lee shot a 4-under 67 on Saturday and holds a three-shot lead over Mina Harigae after three rounds of the U.S. Women’s Open at Pine Needles Lodge & Golf Club in Southern Pines, N.C.

Lee shot 67-66 the first two rounds. She separated herself from Harigae with four straight birdies on Nos. 9-12. She made five birdies overall to go with one bogey.

“I was pretty solid all day,” Lee told the Golf Channel. “I was making pars when I needed to. I made one bogey but it was really nice to get those four birdies at the turn. I’m looking forward to tomorrow.”

Lee, 26, is looking to win the second major title of her career. She rallied from seven strokes behind to beat South Korea’s Jeongeun Lee in a playoff at the 2021 Evian Championship in France.

This time around, Lee has nobody to catch. Instead, she will be looking to fend off Harigae and anyone else who makes a charge.

“Totally different. Evian, I was kind of in a go mode, trying to make as many birdies as I could and trying to catch up,” Lee said. “It is the U.S. Open and it’s a nice cushion, but it’s not enough to let your heart calm down. I’m going to be really focused tomorrow to take each shot as it comes and try to execute 100 percent.”

“I’m proud of myself for hanging around, hanging in there,” Harigae told the Golf Channel. “I hit a couple not-so-great shots and ended up with bogeys, but I didn’t get too down on myself for too long.”

But her focus is now on trying to compete with Lee.

“I think I need to play like her,” Harigae said. “She’s a great player and doesn’t make many mistakes. If I play like I did the first two days and get a couple more putts to drop and be really patient with myself, I think it will be a good outcome.”

England’s Bronte Law is in third place at 7 under after carding a 68.

Six golfers are tied for fourth place at 6-under 207.

Law recorded four birdies on the back nine and had five overall. She had two bogeys in the first six holes before stepping up her play.

“I just stayed patient and hit a lot of good shots,” Law told NBC. “There were some tricky pins. I wasn’t getting frustrated if I missed a birdie opportunity. Just trusted I would create more and I did.”

Lindbald had four birdies and four bogeys and finished her round with a birdie on 18. Her approach shot landed near the pin and stopped just inches behind it and she easily tapped it in.

“It felt good because I bogeyed 16 and 17 so it was like, let’s make something here,” the 22-year-old Lindblad told NBC. “I thought it went in at first because it was right behind the pin and I couldn’t see it.”

World No. 1 Jin Young Ko chipped in for birdie from about 50 feet on 18 to cap her up-and-down round. She had three birdies and three bogeys.

Nordqvist started her round with a double-bogey on the par-5, No. 1 and a bogey on the par-4, No. 4. But she recovered for three birdies and one bogey the remainder of the round.

Choi had four bogeys over the first seven holes. She settled down and had three birdies over the final 10 holes.

World No. 2 Nelly Korda shot 70 and is in 14th place at 4-under 209. This marks Korda’s first tournament since being diagnosed with a blood clot in mid-March.

“I’m doing what I love and I’m out here in the heat competing at the U.S. Women’s Open, and a couple months back I wasn’t sure if I was going to be doing that,” Korda said. “I don’t think I’ve ever had that big of a crowd following me at a Women’s Open or in general on a Saturday, not even being in the last pairing. So that was really cool to hear everyone shout my name. And for everyone to say that they’re happy that I’m back, it felt really nice, too.” 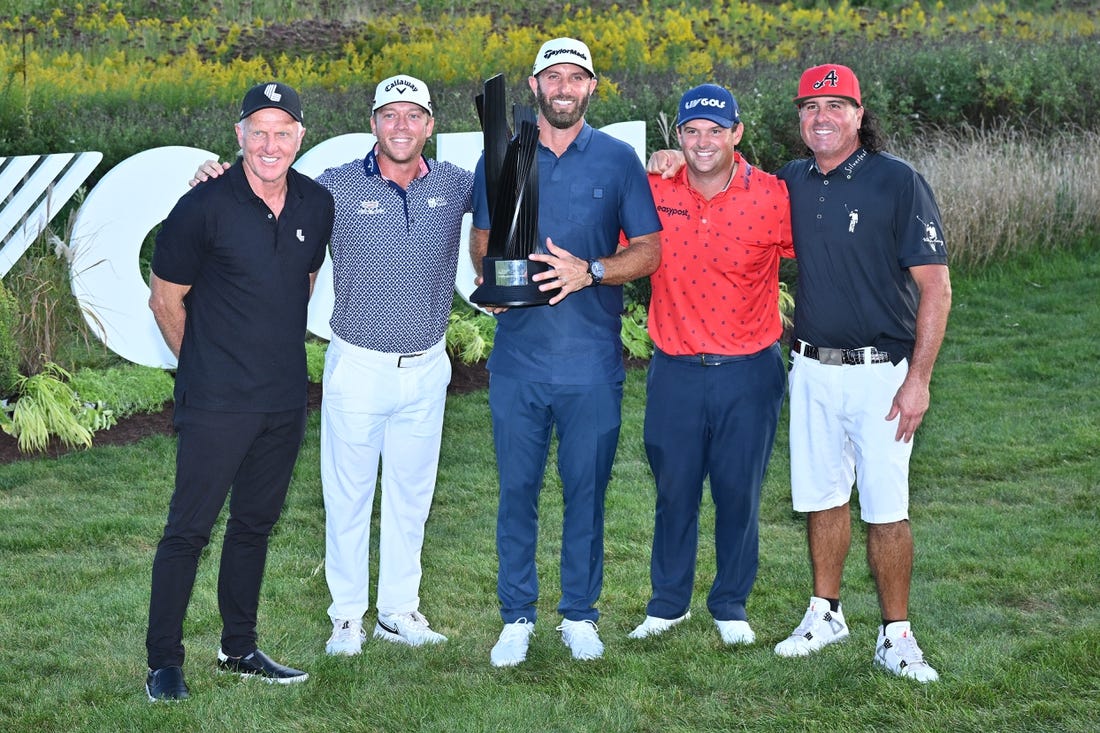 LIV Golf disputed a Golfweek report that it plans to secure coveted broadcast rights with FOX in an unusual airtime purchase agreement. In a statement issued Wednesday, the new Saudi-backed… 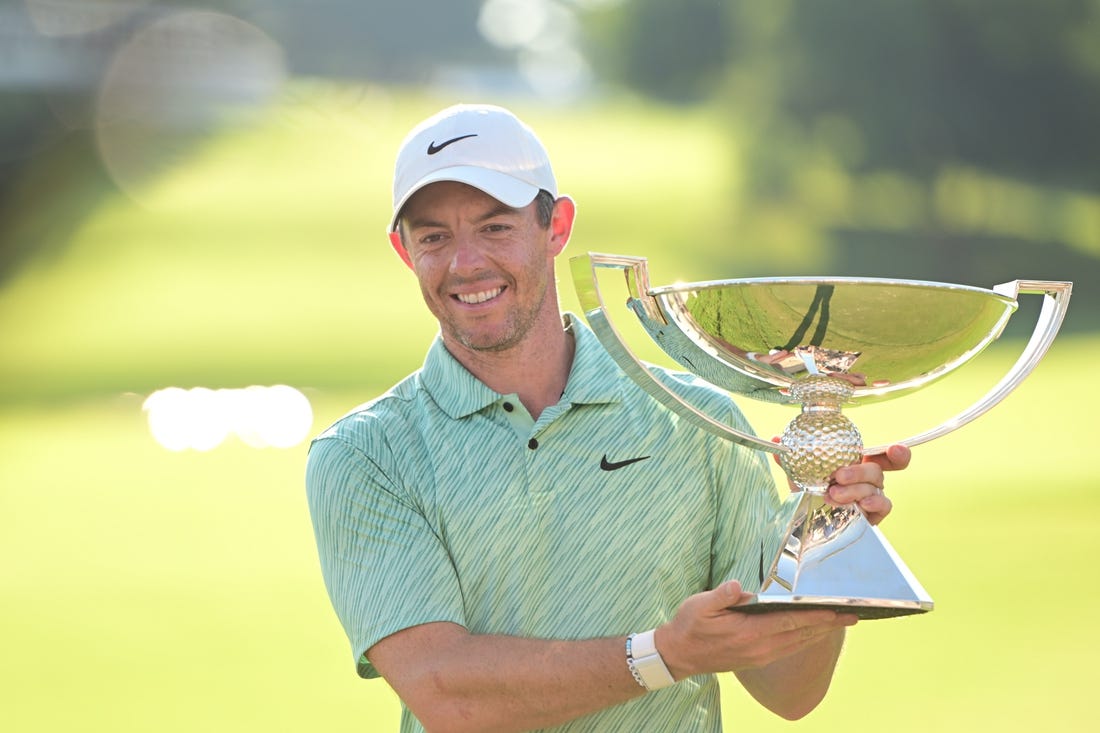 Rory McIlroy finds himself in a field that includes several LIV Golf players at this week’s Alfred Dunhill Links Championship in St. Andrews, Scotland, and once again, he didn’t hesitate…

Rory McIlroy finds himself in a field that includes several LIV Golf players at this week’s Alfred Dunhill Links Championship in St. Andrews, Scotland, and once again, he didn’t hesitate…

LIV Golf disputed a Golfweek report that it plans to secure coveted broadcast rights with FOX in an unusual airtime purchase agreement. In a statement issued Wednesday, the new Saudi-backed…