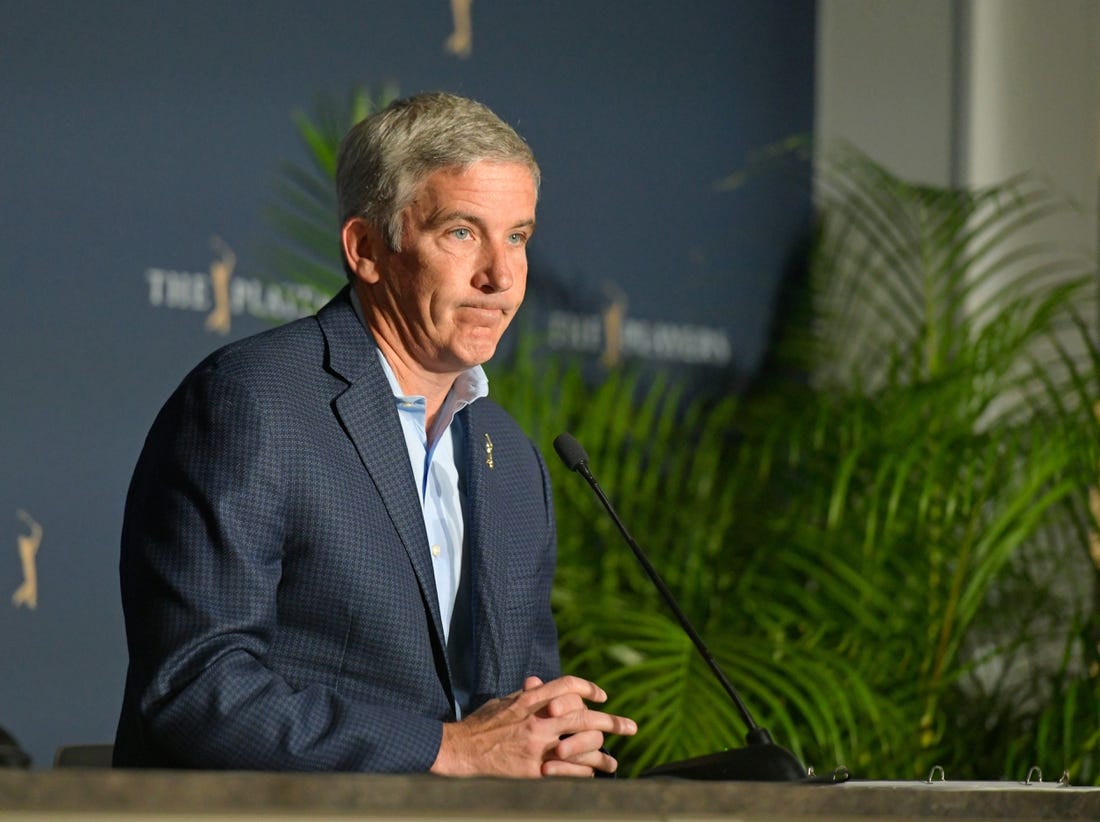 The PGA Tour on Thursday suspended Phil Mickelson, Dustin Johnson and 15 others participating in the inaugural LIV Golf event, a move the rival series called “vindictive” and “troubling.”

A two-page memo issued by PGA Tour commissioner Jay Monahan said the suspended players are no longer eligible to compete in all PGA Tour events, the Presidents Cup and all tours sanctioned by the PGA Tour, including the Korn Ferry Tour, PGA Tour Champions, PGA Tour Canada and PGA Tour Latinoamerica.

“(The players) did not receive the necessary conflicting event and media rights releases — or did not apply for releases at all — and their participation in the Saudi Golf League/LIV Golf event is in violation of our Tournament Regulations,” the memo said. “The same fate holds true for any other players who participate in future Saudi Golf League events in violation of our Regulations.”

The 48-player LIV Golf event that began on Thursday at the Centurion Club outside London conflicts with the PGA Tour’s RBC Canadian Open.

Garcia, Grace, Johnson, Kaymer, McDowell, Na, Ooosthuizen, Pettit, Schwartzel and Westwood have informed the PGA Tour that they have resigned their memberships. Those players will be removed from the FedExCup points list when the official statistics are posted Sunday night.

“These players have made their choice for their own financial-based reasons,” Monahan wrote in the memo addressed to PGA Tour members. “But they can’t demand the same PGA Tour membership benefits, considerations, opportunities and platform as you, our fans and our partners. You have made a different choice, which is to abide by the Tournament Regulations you agreed to when you accomplished the dream of earning a PGA TOUR card and — more importantly — to compete as part of the preeminent organization in the world of professional golf.”

LIV Golf released an official statement on social media in response to the memo.

“Today’s announcement by the PGA Tour is vindictive and it deepens the divide between the Tour and its members. It’s troubling that the Tour, an organization dedicated to creating opportunities for golfers to play the game, is the entity blocking golfers from playing,” the statement read. “This certainly is not the last word on this topic. The era of free agency is beginning as we are proud to have a full field of players joining us in London, and beyond.”