Phil Mickelson on U.S. Open: ‘I’ll be there’ 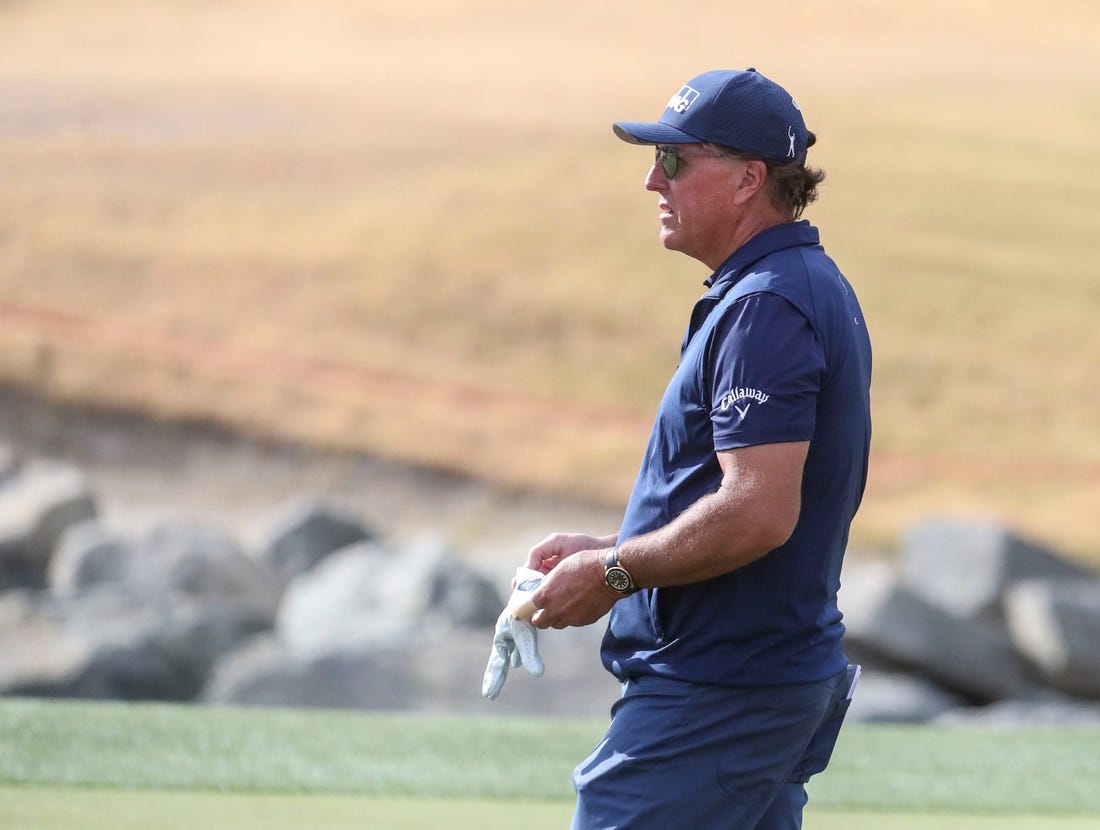 Phil Mickelson plans to hop from London and the inaugural LIV Golf Invitational this week to the U.S. Open in his return to competitive golf on American soil.

Mickelson tees off with the likes of Dustin Johnson and Sergio Garcia in the LIV event on Thursday but maintains PGA Tour status as a lifetime member. Johnson resigned his PGA Tour status this week.

“I think that the biggest reason is when I would think about LIV Golf I found myself excited and energized to play and work hard and compete again,” Mickelson told Sports Illustrated. “I think after doing this for 30 years, I’m excited about something new and this different format. And at this point in my life, just as importantly, it gives some balance in my life for (wife) Amy and I.”

Mickelson said he won’t resign his membership because he worked hard to gain lifetime status with 20 wins and 15 years on Tour. He also plans to get back to playing the four majors, beginning next week at the U.S. Open.

“I’ve had many conversations with the organizations that run the majors,” Mickelson said. “And I do want to keep those conversations private. But I am looking forward to playing the U.S. Open and I’ll be there. I’m under the understanding that I’m able to play.”

Mickelson said he had the opportunity to play in the PGA Championship and the Masters, but “really needed some time away” before returning to competitive golf.

Conversations with peers have been positive since he chose to jump to the LIV, Mickelson said, but he hasn’t spoken with officials at the PGA Tour or Tiger Woods.

During his break from golf, sparked in part by backlash over his comments about the Saudi-supported LIV, Mickelson was the subject of an unauthorized autobiography that detailed significant financial losses gambling. The Alan Shipnuck book claimed Mickelson’s gambling losses exceeded $40 million.

“My gambling got to a point of being reckless and embarrassing. I had to address it,” Mickelson told SI. “And I’ve been addressing it for a number of years. And for hundreds of hours of therapy. I feel good where I’m at there. My family and I are and have been financially secure for some time.”