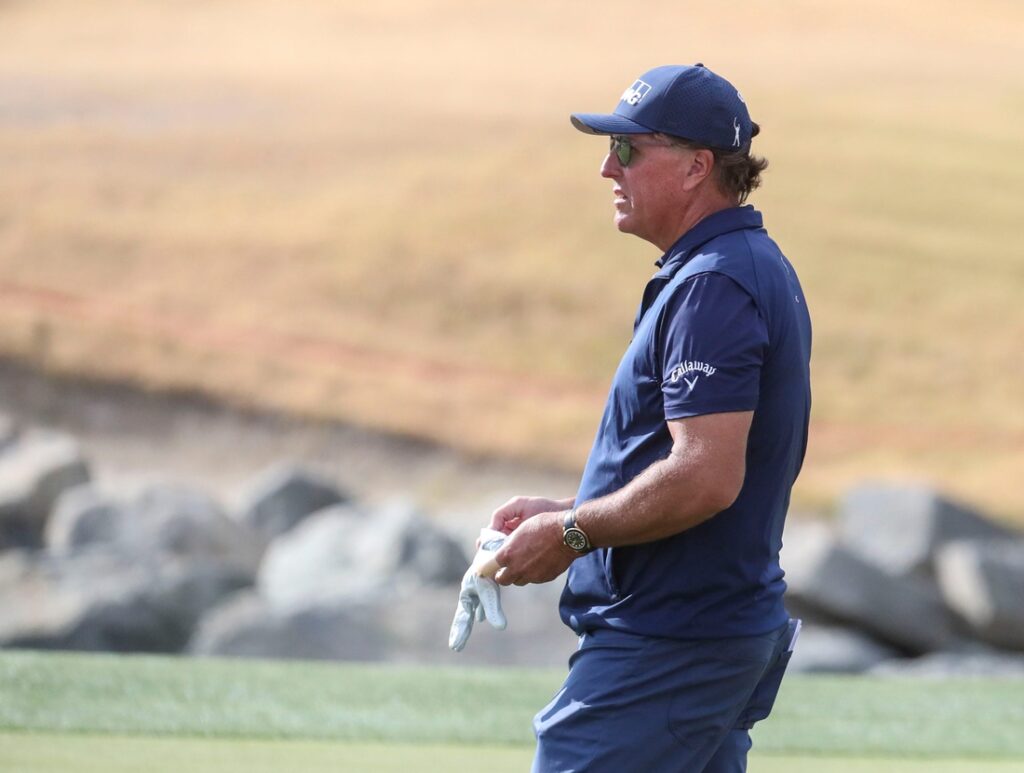 Defending champion Phil Mickelson and Tiger Woods are among the 156 players entered in the field for the 2022 PGA Championship at Southern Hills Country Club in Tulsa, Okla.

The tournament begins May 19.

For Mickelson, it would mark his first appearance on tour since the Farmers Insurance Open in January, where he missed the cut.

Earlier this year, Mickelson came under fire for remarks he made about the so-called Super Golf League, now the LIV Golf Invitational Series, backed by Saudi financiers. He told author Alan Shipnuck that the Saudis were “scary (expletives) to get involved with” with a “horrible record on human rights,” but he intended to work with them anyway in an attempt to gain leverage with the PGA Tour on financial matters.

After issuing a mea culpa in February, losing multiple sponsors and saying he needed “time away” from the sport, Mickelson, 51, went silent and did not play in the Masters.

Woods, however, did play in the Masters — his first tournament in more than a year after sustaining a devastating leg injury in a car accident in February 2021. He finished in 47th place, 13 over par for the tournament.

There’s no guarantee, despite his entry, that Mickelson will play in the PGA Championship. He can pull out up until the last minute, if he chooses to.

Seth Waugh, CEO of the PGA of America, said on the “5 Clubs Conversations” podcast that he has talked to Mickelson.

Mickelson would have to face the media for the first time in months, and Waugh said the goal would be to do that as soon as possible to remove the distraction from the tournament.

“What we’re trying to do is deliver a major championship, not a circus. And so I would hope that he can avoid that, and everybody can avoid that. And we’re taking golf shots instead of verbal gaffes once we get going,” Waugh said.

“But there’s certainly, I think, part of his thinking is, ‘Am I ready to face that glare and have that conversation and have all the answers that everybody is going to be looking for? And if I do it that week, am I then able to compete on a major championship venue under that kind of pressure with everything going on?’ But we would do everything we can to make it happen either before our week or very early in the week.”

As expected, the tournament has attracted a who’s who of today’s prominent players, starting with world No. 1 Scottie Scheffler, who won the Masters last month.

The PGA announced 155 of the entrants on Monday. The final spot is reserved for the winner of the AT&T Byron Nelson (if not already qualified). That tournament begins Thursday.