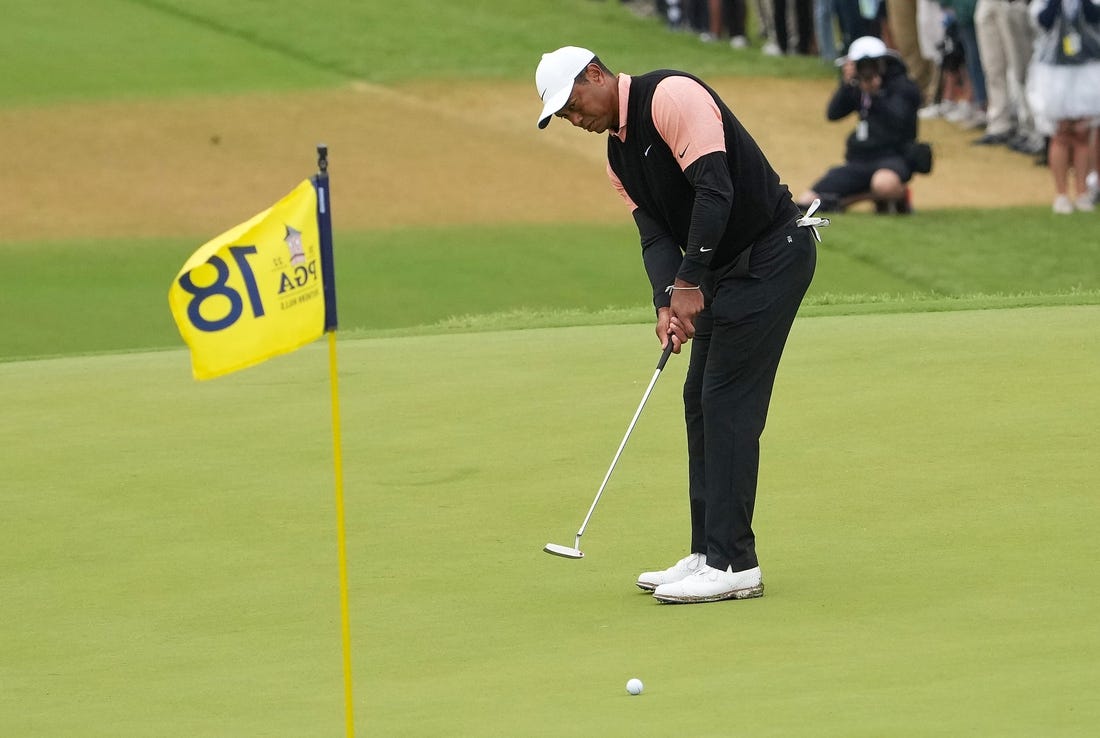 Tiger Woods, citing his body’s need “to get stronger,” announced Tuesday that he will not play in next week’s U.S. Open at Brookline, Mass.

“I previously informed the USGA that I will not be competing in the US Open as my body needs more time to get stronger for major championship golf,” Woods wrote on Twitter. “I do hope and plan to be ready to play in Ireland at the JP Pro Am and at The Open next month. I’m excited to get back out there soon!”

Woods withdrew from last month’s PGA Championship at Southern Hills after three rounds. It marked the first withdrawal from a major in Woods’ career.

Woods, 46, shot 1-under-par over the final five holes in the third round in Tulsa, Okla., to avoid recording a score in the 80s for the third time in a major. Still, it was his worst round ever at a PGA Championship.

Woods clearly struggled to make it through 18 holes on his rebuilt right leg, the result of a devastating injury sustained in a single-car crash in February 2021.

The Open Championship will be played July 14-17 at St. Andrews in Scotland.