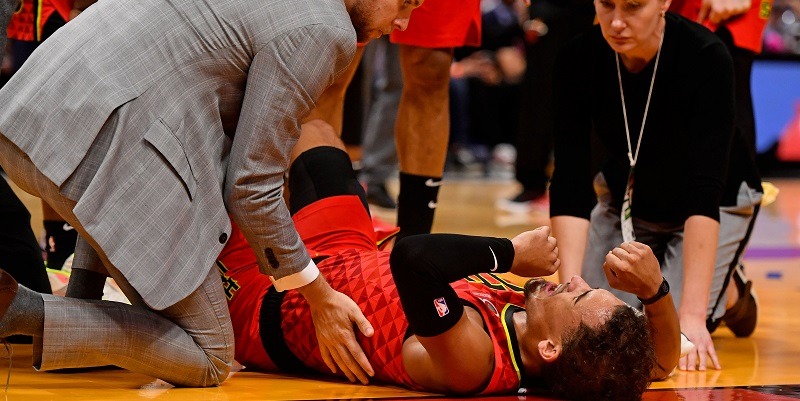 Atlanta Hawks point guard Trae Young is not expected to miss significant time after spraining his right ankle in a loss to the Heat in Miami on Tuesday night.

The team announced Wednesday that he received treatment at the Emory Sports Medicine Complex in Atlanta and will be re-evaluated on Monday.

He has been ruled out for Thursday’s home game, also against the Heat. The Hawks have home games Tuesday against San Antonio and Wednesday against Chicago.

Young rolled his ankle in the second quarter of the 112-97 loss at Miami and didn’t return. He scored five points in 11 minutes.

In his second season, Young is averaging 26.8 points, 7.3 assists and 5.0 rebounds in four games.