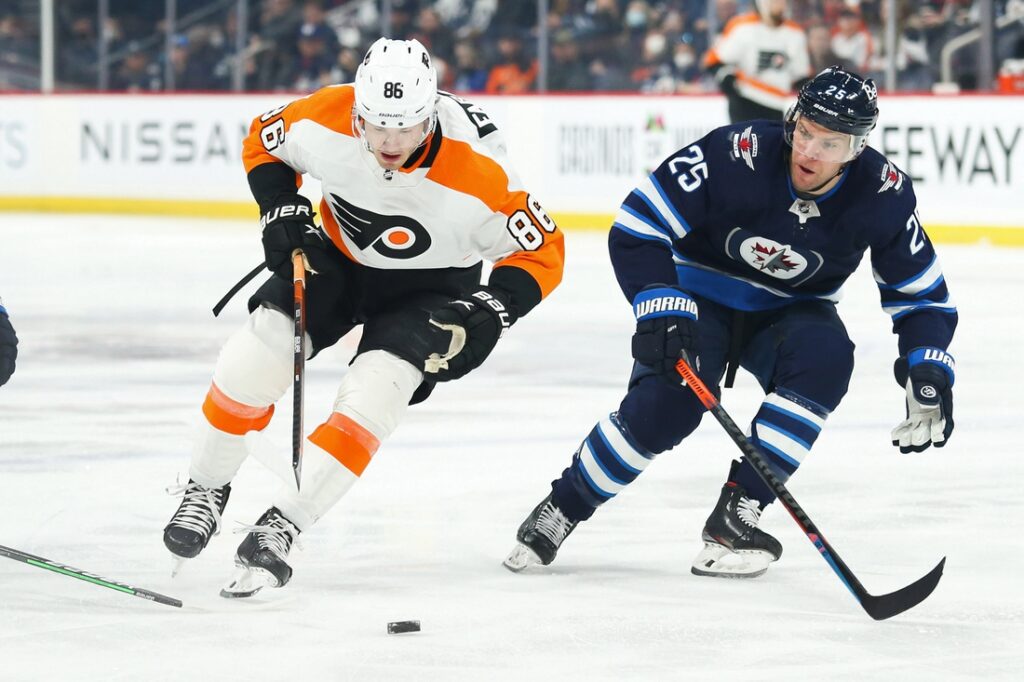 Backup goalie Eric Comrie made 35 saves for his first career shutout, while Kyle Connor posted his 46th goal and two assists to set a Winnipeg single-season points record as the Jets rolled to a 4-0 victory over the visiting Philadelphia Flyers on Wednesday night.

Nikolaj Ehlers and Blake Wheeler each had a goal with an assist while Pierre-Luc Dubois recorded his career-high 28th goal for the Jets (37-32-11, 85 points). Winnipeg will miss the playoffs for the first time in five seasons but has won two straight following a four-game skid.

Meanwhile, Comrie, in just 27th career appearance since debuting in 2016-17, and 15th start this season in place of workhorse Connor Hellebuyck, was solid all night. He stood tall especially while helping shut down a Philadelphia power play in the final three minutes to earn his first victory since March 25.

Felix Sandstrom made 23 saves for the Flyers (25-45-11, 61 points), who got a handful of decent looks on Comrie. But their anemic power play, which entered with a league-worst 12.1 percent conversion rate, failed on all four chances as the team was shut out for the seventh time this season.

Winnipeg scored just 5:23 into the first period. During the opening seconds of a power play, Dubois slipped the puck by Sandstrom.

In the second period and again on the power play, Connor sent the puck to Ehlers, whose snap shot went in under the arm of Sandstrom at 7:33 into the middle frame. The Jets made it 3-0, this time at full strength, when Ehlers found a streaking Wheeler, who pushed the puck past Sandstrom with 4:45 left in the period.

Set to miss the playoffs for a second straight year, the Flyers lost five of their final six on the road, where they went 11-25-5 this season.