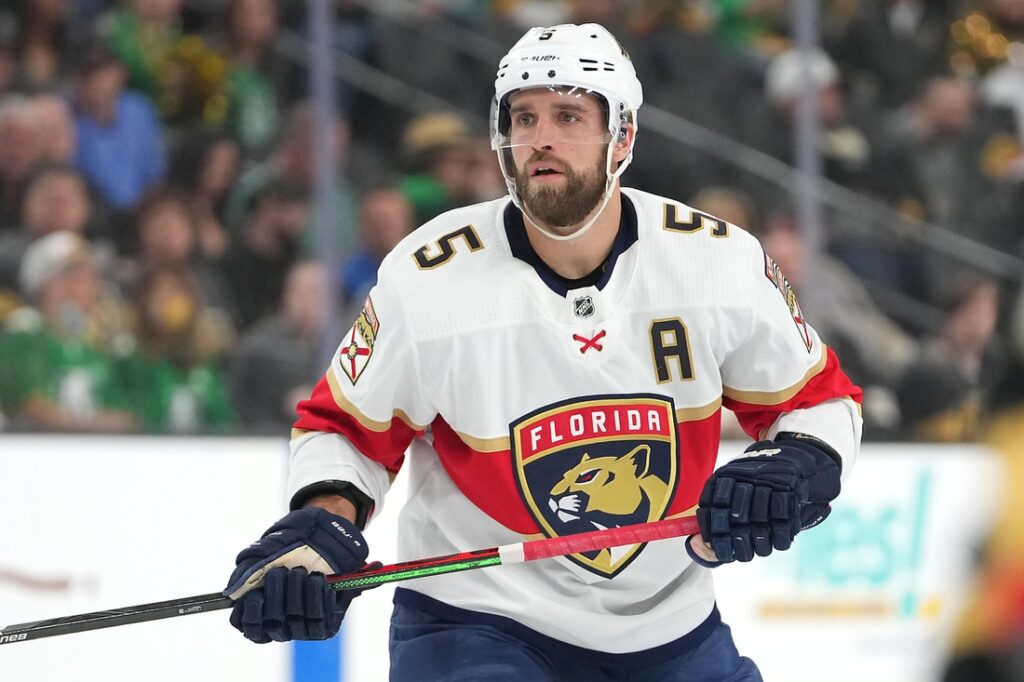 Florida defenseman Aaron Ekblad, out since March 18 with a lower-body injury, is targeting a return in the Panthers’ first-round playoff series against the Washington Capitals, interim coach Andrew Brunette said.

Ekblad, 26, was a full participant in practice on Sunday. Brunette said there was a chance Ekblad could play Tuesday in Game 1.

The Panthers won the Presidents’ Trophy and are the No. 1 seed in the Stanley Cup playoffs.

On the other side, Capitals star Alex Ovechkin also skated in practice Sunday, though his availability for Tuesday’s series opener remains unclear.

The 36-year-old forward missed the final three games of the regular season with an upper-body injury.

Ovechkin was injured April 24 in Washington’s 4-3 shootout loss to the Toronto Maple Leafs. He lost his footing after tripping over the stick of Maple Leafs goaltender Erik Kallgren and slammed into the boards with his left shoulder.

A three-time Hart Trophy recipient, Ovechkin leads the team in goals (50) and points (90) while playing in 77 games this season. He is 21 goals behind Hall of Famer Gordie Howe (801) for second all-time in NHL history.