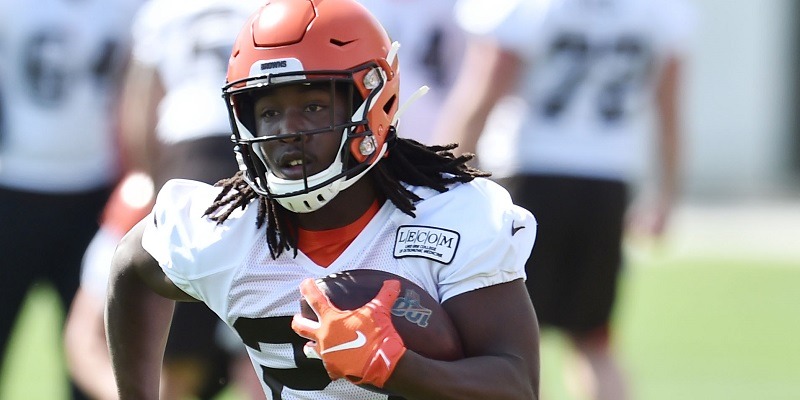 Cleveland Browns running back Kareem Hunt was cleared to rejoin the team for practice Monday as he nears completion of an eight-game suspension for violating the NFL’s personal-conduct policy.

Hunt was at practice on Monday and received a hug from quarterback Baker Mayfield.

Hunt, who can play Nov. 10 against the visiting Buffalo Bills, had not previously been permitted on the Browns’ premises, including to rehab from sports hernia surgery on Aug. 29.

Hunt, 24, signed with the Browns on Feb. 11, more than two months after being cut by Kansas City. The Chiefs parted ways with their leading rusher after a video surfaced of Hunt kicking and shoving a woman at a Cleveland hotel.

Hunt began 2019 training camp on the non-football injury list after suffering a groin injury while working out on his own during the summer break. He was activated Aug. 3 and played in the second and third preseason games, carrying twice against the Indianapolis Colts and five times against the Tampa Bay Buccaneers.

The Browns (2-4) play at New England this Sunday and at Denver on Nov. 3 before returning home for Buffalo when Hunt can make his team debut.