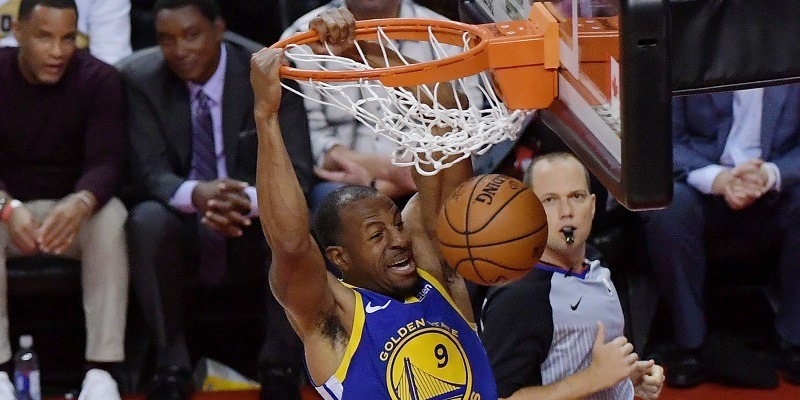 The Golden State Warriors will be without the services of Kevin Durant in Sunday’s Game 2 of the NBA Finals against the Toronto Raptors, but at least veteran swingman Andre Iguodala should be available.
Coach Steve Kerr said an MRI on Iguodala’s injured lower left leg came back clean on Friday.

“Andre had an MRI this morning and seems to be doing well,” said Kerr. “He said he felt pretty good.”
Iguodala, who is averaging 9.8 points, 4.4 rebounds and 4.1 assists per game for the Warriors in the playoffs, was initially injured during the third quarter of Game 3 of the Western Conference Finals at Portland and sat out Game 4.
But Iguodala, 35, tweaked it again in a 118-109 loss in Game 1 of the Finals, prompting the further testing.
He played 29 minutes in Game 1, scoring six points and adding six rebounds and seven assists.
The Warriors already are without Durant because of a strained right calf, though DeMarcus Cousins did return from a torn left quadriceps against the Raptors.
Durant is reportedly targeting a return in Game 3 or 4.
–Field Level Media (@FieldLevelMedia)