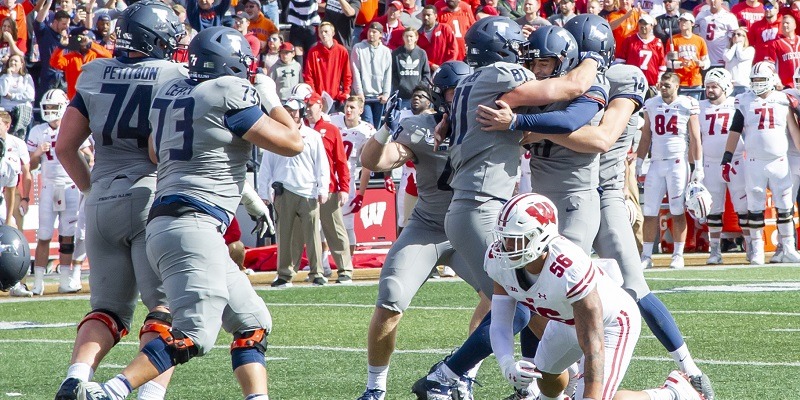 Reggie Corbin rushed for 83 yards and a touchdown for the Illini (3-4, 1-3 Big Ten), who broke a four-game losing streak and scored the final 10 points of the game after two Wisconsin turnovers — a fumble by Jonathan Taylor and an interception by Jack Coan.

Peters’ 29-yard touchdown pass to Josh Imatorbhebhe with 5:53 remaining closed the Illini gap to 23-21, and Tony Adams set up Illinois’ final drive with an interception near midfield with 2:32 remaining as Wisconsin (6-1, 3-1 Big Ten) gave up three touchdowns in a game for the first time this season.

Taylor became the fourth player in FBS history to rush for 5,000 yards before his senior season, joining Heisman Trophy winners Herschel Walker and Ron Dayne, as well as LaMichael James, with a 16-yard run over left guard on the first play from scrimmage. Taylor needed only 736 carries to reach 5,000, the fewest of the four players. He has 5,128, passing Oregon’s James (5,082) and former Badgers back Dayne (5,091). Georgia’s Walker has 5,596 yards.

Coan competed an 18-yard touchdown pass to Jake Ferguson for a 7-0 lead on the first possession of the game, and Collin Larsh made a 24-yard field goal early in the second quarter to make it 10-0.

Peters completed a 48-yard touchdown pass to Donny Navarro with 5:53 remaining in the first half, a drive set up when Coan was sacked and fumbled, the first first-half touchdown Wisconsin has allowed. Larsh’s 44-yard field goal made it 13-7 at half.