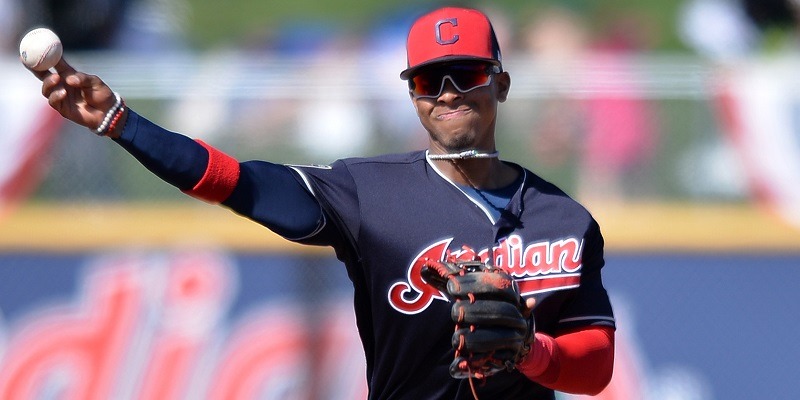 Cleveland Indians shortstop Francisco Lindor will be sidelined seven to nine weeks after suffering a right calf strain, the team announced Friday.
The Indians said Lindor recently hurt the calf while preparing for spring training in Orlando, Fla.
An evaluation on Wednesday at the Cleveland Clinic confirmed there was a moderate strain.
The timetable makes it likely Lindor will miss all of spring training and possibly the first two weeks of the regular season. Cleveland opens the regular season against the Minnesota Twins on March 28.
The Indians said Lindor has begun his rehab and will be evaluated daily.
The three-time All-Star achieved career highs of 38 home runs and 92 RBIs last season while batting .277 in 158 games. He had 82 extra-base hits and tied for the major league lead with 129 runs scored.
Lindor, 25, has 98 homers and 310 RBIs in four seasons with the Indians. He has a .288 career average in 574 games.
Lindor was the eighth overall pick of the 2011 draft and was runner-up for AL Rookie of the Year honors in 2015.
–Field Level Media