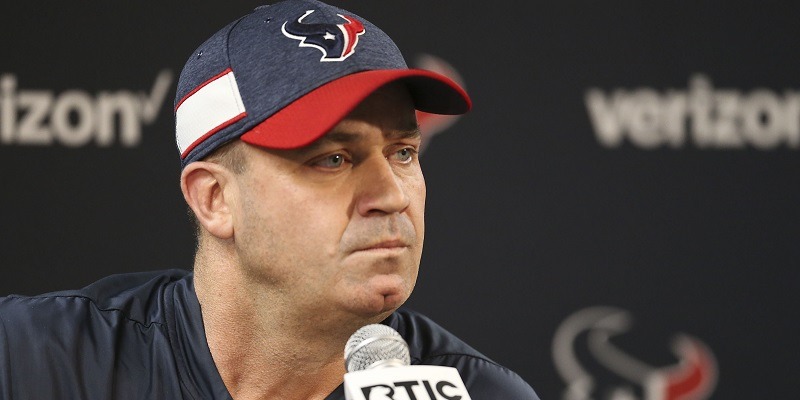 Hall of Fame wide receiver Michael Irvin shared DeAndre Hopkins’ comments on what may have led to the Houston Texans agreeing to trade the four-time Pro Bowl wide receiver to the Arizona Cardinals.

Speaking on ESPN’s Wednesday edition of “Get Up!”, Irvin revealed that Hopkins said he had a meeting with O’Brien in which the head coach said, “‘The last time I had to have a meeting like this, it was with Aaron Hernandez.'”

“(Hopkins) said, ‘Michael, that blew my mind that he would even bring that up. I’ve never been in any trouble. I don’t know why would he equate me with Aaron Hernandez,'” Irvin said.

Irvin said that meeting deteriorated from there, with Hopkins saying that O’Brien voiced displeasure over the star wide receiver having the mothers of his children around.

Hopkins said the report was being “blown out of proportion.”

This is being blown way out of proportion. As I’ve said before, I enjoyed and am proud of my time with the Texans. I have the utmost respect for Coach O’Brien and that will not change. Now, I’m ready to play for the Cardinals.

Irvin said the relationship between Hopkins and O’Brien soured from there.

ESPN said it had reached out to O’Brien for comment. The network said it had yet to hear back as of Wednesday morning.

The Texans agreed on Monday to trade Hopkins and a 2020 fourth-round pick to Arizona for running back David Johnson, a 2020 second-round selection and a 2021 fourth-round pick. The deal will become official when the new league year begins at 4 p.m. ET Wednesday.

O’Brien served as an offensive coach with the New England Patriots from 2007-11, with Hernandez playing on the team from 2010-12. Hernandez was arrested for the murder of semi-pro football player Odin Lloyd in 2013 and convicted in 2015. He died by suicide in his prison cell on April 19, 2017.

Hopkins is one of the most productive receivers in the NFL. The 27-year-old earned All-Pro honors for the third consecutive season and caught 104 passes for 1,165 yards and seven touchdowns in 15 games in 2019.

It was the third time he topped 100 catches and the fifth time he exceeded 1,000 yards in seven seasons since the Texans made him a first-round pick (27th overall) in 2013.