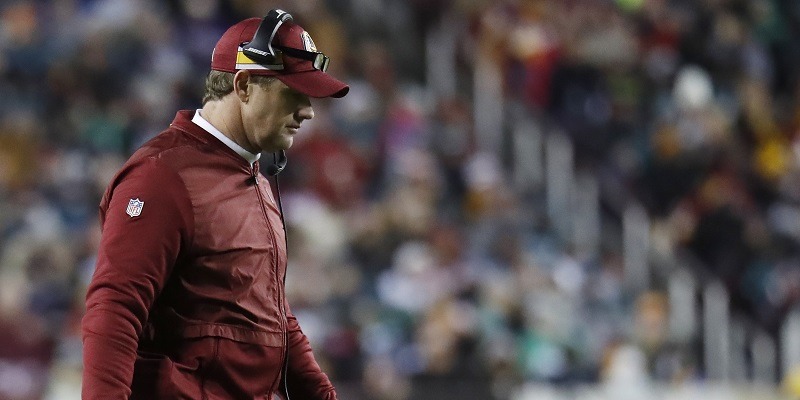 The Jaguars are searching for their third offensive coordinator since 2018 after parting ways with John DeFilippo last week.

Gruden was fired by the Redskins in October, ending his five-plus-year reign as head coach. Prior to that stint, he served as the offensive coordinator of the Cincinnati Bengals from 2011-13.

Gruden compiled a 35-49-1 record with the Redskins. Entering this season, he had won at least seven games in four straight years, including a 9-7 mark in 2015 that saw Washington reach the playoffs.

The Jaguars were 6-10 and finished 26th in scoring and 20th in total offense in 2019, although DeFilippo was generally praised for his work developing rookie quarterback Gardner Minshew II following Nick Foles’ injury in the season opener.