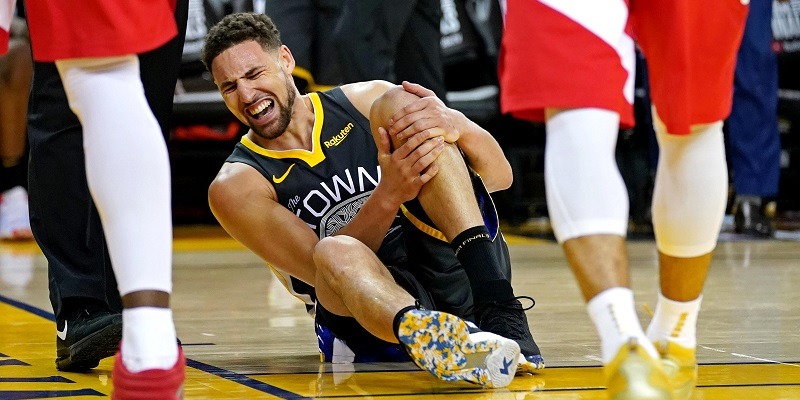 Thompson will be nine months removed from a torn anterior cruciate ligament in April, at which point the Warriors aren’t comfortable risking re-injury by playing the All-Star guard before he’s 100 percent healthy.

“It’s unlikely that he’s going to play this year,” Kerr said. “So we have to understand that.”

Thompson had surgery July 2 and said he is targeting a return after the NBA All-Star break in February. Kerr knows where Thompson stands having suffered the same injury while in college.

“You have to look at it realistically,” Kerr told NBC. “I had an ACL (tear) in college, and I missed a whole season. Generally, an ACL for a basketball player is a full-year recovery, and if it’s a full year for Klay, that puts them out for the season.

“We’ve kind of left the door open in case the rehab goes perfectly and the doctors say he can go. But the reality is, on April 1, that’s the nine-month mark. … April versus nine months post-op for an ACL. We have to prepare our young guys to fill that role behind him, and when he gets back, whenever that is, hopefully these young guys now are developed and in the rotation and ready to really be contributors on a playoff team and we can get better.”

The Warriors no doubt have considered the backlash from allowing Kevin Durant to play in the NBA Finals with a calf injury, only to see him tear his Achilles.

While Durant said he takes ownership of the decision to play, current Brooklyn Nets teammate Kyrie Irving put the blame on the Warriors for letting an injured star put himself in that position.

He said recently on Serge Ibaka’s Bleacher Report show that he didn’t spend any time thinking about his injury after it happened.

“I felt like my whole basketball life flashed before my eyes,” Durant told Ibaka. “I thought about everything I did from like the first time I played until then. That was the first time that something like that ever happened to me on the court. I guess it just relaxed me a bit as I thought about it because I’m like, ‘Man, I’ve been through everything and this is something else I’ve got to get over, so let me get my ass up, walk to the locker room and figure out what’s next.”