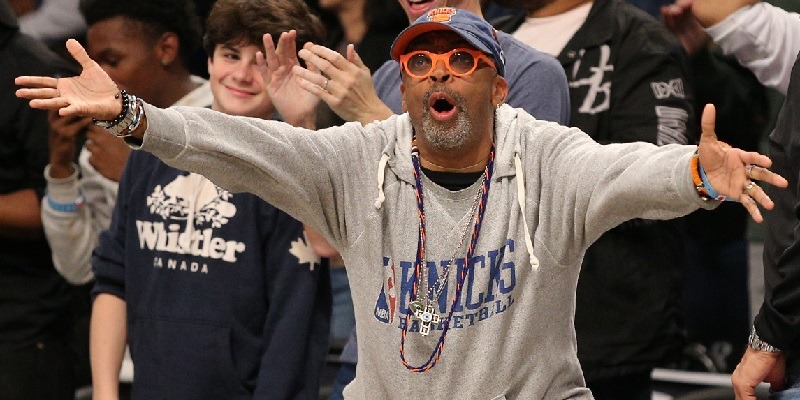 Spike Lee is done with the New York Knicks for the season.

“Not this year,” Lee said during an ESPN interview Tuesday about whether he would return to Madison Square Garden to occupy his pair of courtside seats that he said are worth $299,000 per season. “I’m coming back next year but I’m done for the season. I’m done.”

Lee said security was waiting for him Monday night after he entered the stadium at the same employee entrance he always uses.

“This comes from the top. He says, ‘Mr. Lee, you have to leave Madison Square Garden.’ They want me to leave the Garden, go back outside, come back in on 33rd Street,” Lee said. “I said, ‘I’m not leaving.’ They said, I want you to leave the Garden. I put my hands behind my back and said, ‘Arrest me like Charles Oakley.'”

“The idea that Spike Lee is a victim because we have repeatedly asked him not to use our employee entrance instead of a dedicated VIP entrance — which is used by every other celebrity who enters The Garden — is laughable,” the statement read. “It’s disappointing Spike would create this false controversy to perpetuate drama. He is welcome to come to The Garden anytime via the VIP or general entrance; just not through our employee entrance, which is what he and Jim agreed to last night when they shook hands.”

Lee, 62, said MSG and Knicks owner James Dolan approached him at halftime and said they needed to talk.

Cameras caught Dolan and Lee talking and smiling. Lee classified the conversation as harassment and further summarized the team’s approach as saying he is being “harassed by James Dolan. I don’t know why.”

Lee said he hadn’t heard from the Knicks about any policy change regarding his use of the employee entrance. Lee said he has used the same route into and out of the stadium for nearly 30 years.

The Knicks defeated the Houston Rockets, 125-123, on Monday night.