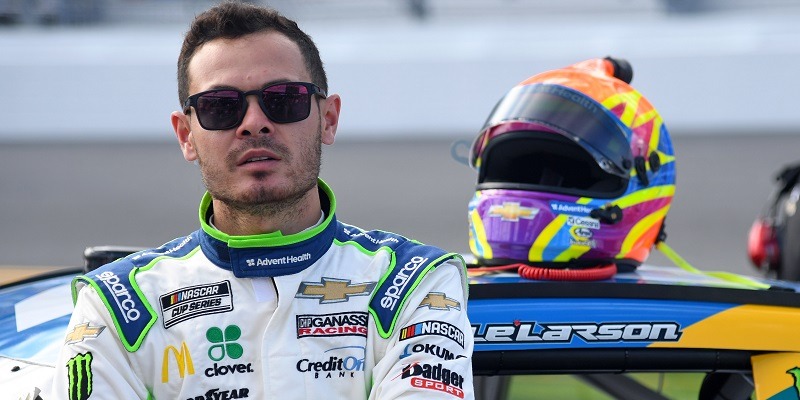 NASCAR indefinitely suspended driver Kyle Larson after he used a racial slur in a livestream broadcast of an iRacing event on Sunday night.

“NASCAR has made diversity and inclusion a priority and will not tolerate the type of language used by Kyle Larson during Sunday’s iRacing event,” NASCAR said in a statement. “Our Member Conduct Guidelines are clear in this regard, and we will enforce these guidelines to maintain an inclusive environment for our entire industry and fan base.”

Chip Ganassi Racing released a statement earlier on Monday announcing that it had suspended Larson without pay.

“We are extremely disappointed by what Kyle said last night during an iRacing Event. The words that he chose to use are offensive and unacceptable. As of this moment we are suspending Kyle without pay while we work through this situation with all appropriate parties,” Ganassi Racing said in a statement.

NASCAR bylaws stipulate such actions may result in “fine and/or suspension termination or termination,” including disparaging remarks based on “race, color, creed or national origin.”

Larson, whose sponsors include McDonald’s, was participating in the exhibition virtual race and had problems with headset communication with his spotter. In one microphone check, Larson could be heard using the n-word. The entire communication was broadcast to followers on the streaming service Twitch and eNASCAR.com.

The other 61 drivers in the race were also on the audio session and could hear Larson’s words.

“Kyle, you’re talking to everyone, bud,” one driver replied.

A second voice on the stream, though it’s unclear if it was a driver or spotter, said, “No way did that just happen.”

Sunday’s race simulated Autodromo Nazionale Monza in Italy but was not part of the NASCAR official iRacing series. The event on Easter Sunday was held after Bubba Wallace “rage quit” last week’s race.

Larson graduated to NASCAR through a program called “Drive for Diversity.” Larson is half Japanese. His grandparents spent time in an interment camp in California during World War II.

Larson, 27, is in his seventh season on the NASCAR circuit. He drives the No. 42 Camaro and is in the final year of his contract with Ganassi Racing.

He has six career Cup wins and was sixth in the final standings in 2019.