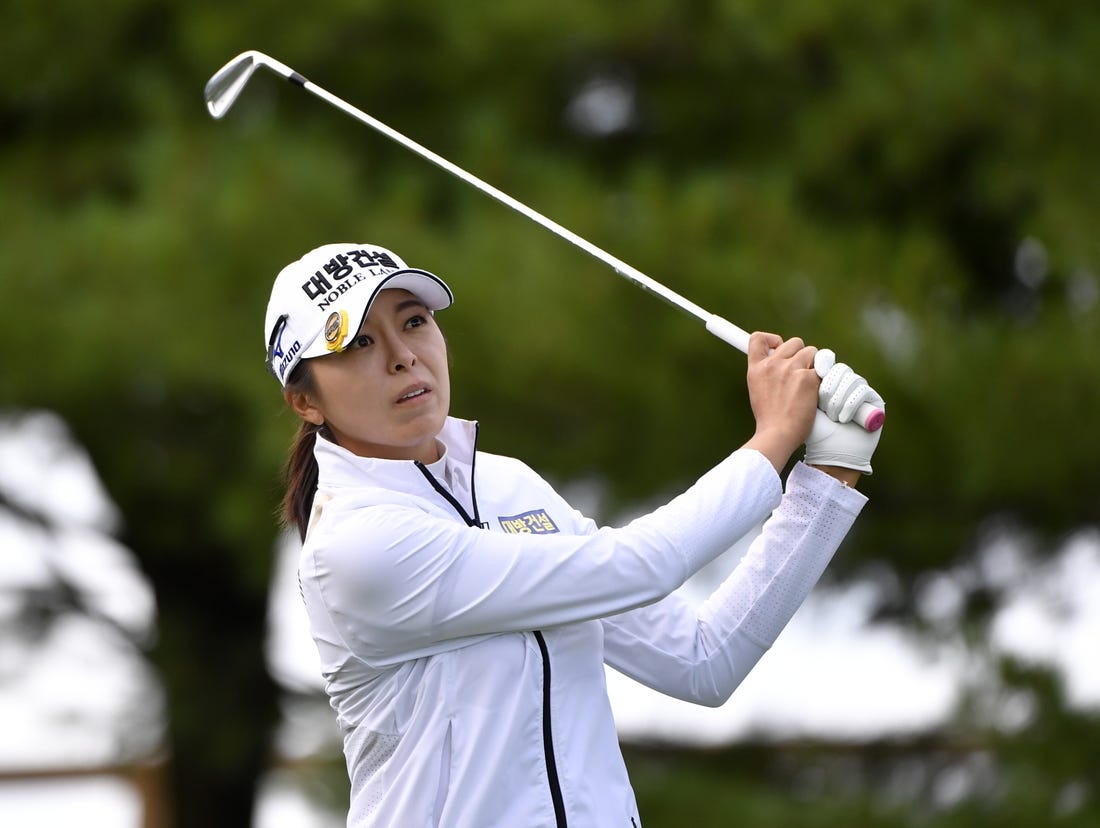 South Korean Mi Jung Hur shot a 4-under 68 in Sunday's final round to win the Indy Women in Tech Championship at Indianapolis.

Hur finished at 21-under 267 for the tournament, four strokes better than Nanna Koerstz Madsen (67) of Denmark. It marked Hur's fourth career win and her first wire-to-wire victory.

This was her second win of the year, following her victory at the Ladies Scottish Open. She had gone 112 starts between her win at the 2014 Yokohama Tire LPGA Classic and the Scottish Open in August.

She became the sixth LPGA golfer to have multiple wins on the season, joining Jin Young Ko, a four-time winner, and Hannah Green, Brooke Henderson, Sei Young Kim and Sung Hyun Park, each of whom had two victories.

Hur played a bogey-free round on Sunday, recording two birdies on both the front and back nine.

Madsen entered Sunday in third place after shooting 64 on Saturday. She mixed one bogey in with six birdies but couldn't catch Hur.

Hur credited her two wins to being at a comfortable place in her personal and professional life.

"I just worked hard," she said, per Golf Week. "I had a struggle with my long game after I win the first year when I was rookie because I was trying to fix my swing. My shape was a little bit fade or cut but trying to fix it to draw. It takes me forever to fix it, like five years. And then after I win the second one, I think I got lazy after five, six years on the tour."

"... I had a good year in 2017, like best finish in my career on the money list. Got married with my husband and didn't practice so much after the wedding because that's why I had a bad year last year. Practice is really important."

Paris is the “City of Light,” but for the upcoming Overwatch League season, it will have a little “Garden State”