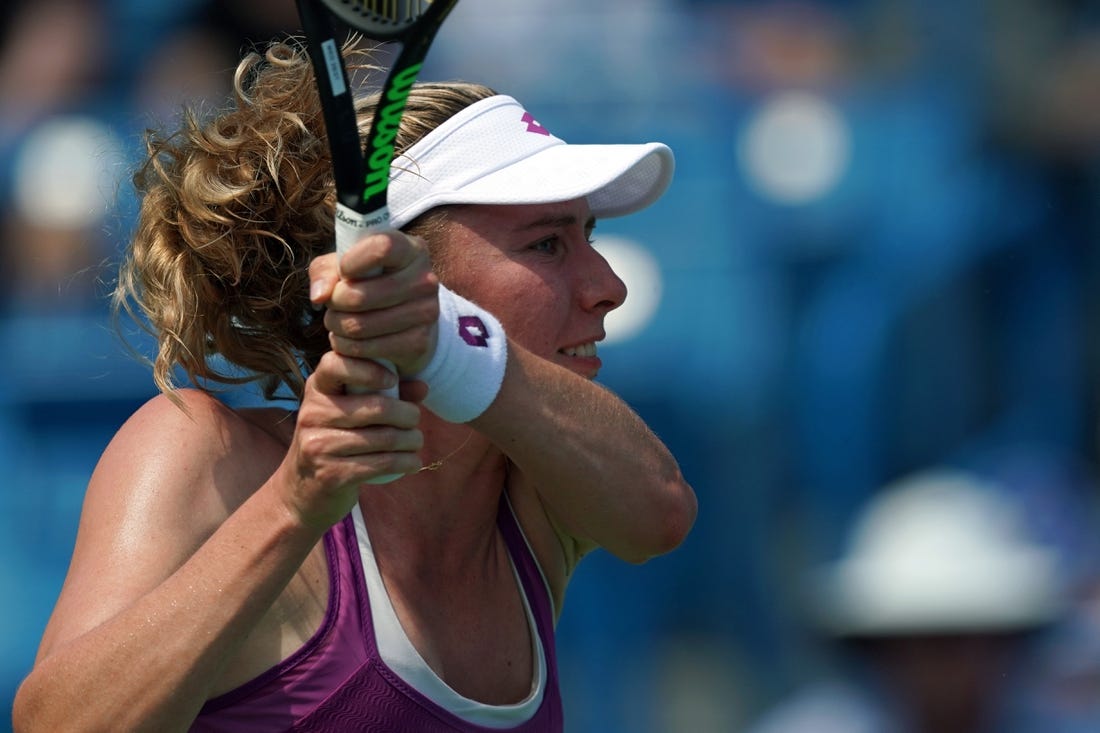 Russia's Ekaterina Alexandrova won for the 16th time in her past 17 matches and upset No. 7 seed Donna Vekic of Croatia on Thursday at the St. Petersburg Ladies Trophy in Russia.

Alexandrova's 6-1, 7-5 victory in one hour and 20 minutes was her ninth consecutive win and set up a quarterfinal clash with No. 3 seed Petra Kvitova of the Czech Republic -- the only woman who has beaten her since November. Kvitova won their third-round meeting at the Australian Open last month.

No. 6 seed Maria Sakkari of Greece will face top-seeded Swiss Belinda Bencic in the quarterfinals after a 6-2, 6-4 defeat of Alize Cornet of France. No. 2 Kiki Bertens of the Netherlands will take on Russia's Anastasia Potapova in the final eight following a 6-1, 6-2 win over Veronika Kudermetova, also of Russia.

No. 1 seed Elina Svitolina of Ukraine breezed into the quarterfinals with a 6-1, 6-2 win against Australian Storm Sanders in just 57 minutes in Hua Hin, Thailand.

Svitolina won 82 percent of her first-service points, struck five aces and was broken only one time. She'll face No. 8 seed Nao Hibino of Japan for a spot in the semifinals.

No. 5 Magda Linette of Poland beat China's Shuai Peng 7-5, 6-1. Her quarterfinal opponent will be Xiyu Wang of China, a 6-3, 6-4 winner against Austrian Barbara Haas. Romania's Patricia Maria Tig moved on with a 6-1, 6-3 win against China's Xiaodi You.