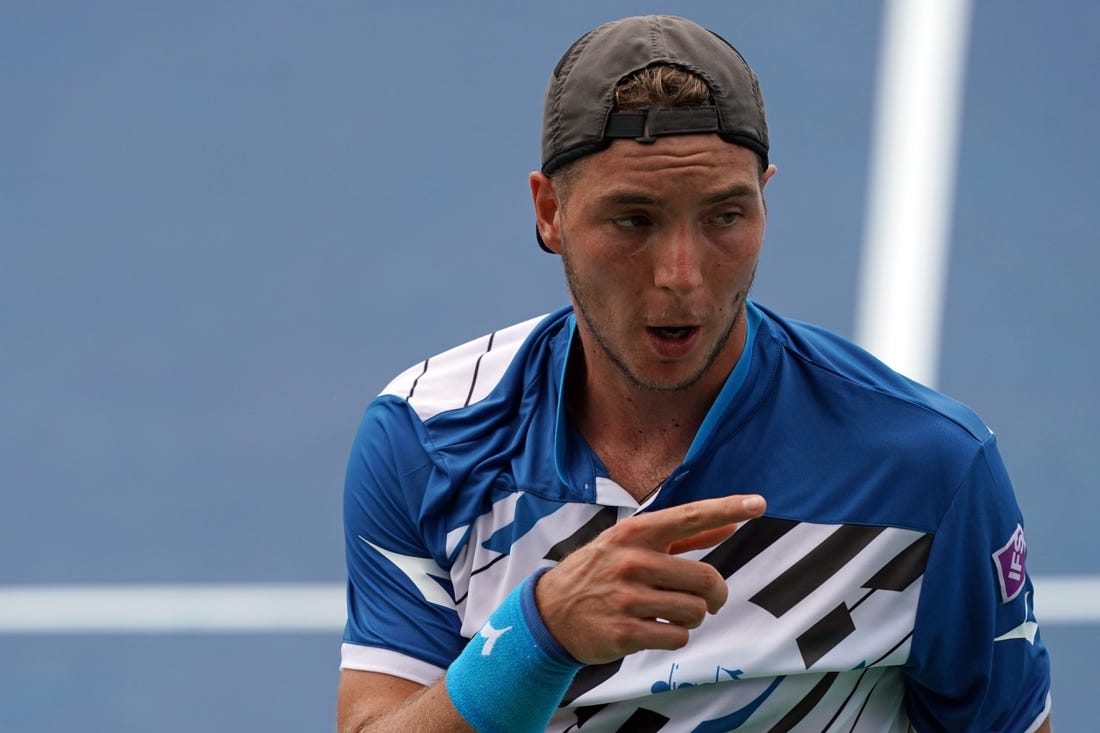 Two of the top five seeds at the Dubai Duty Free Tennis Championships in the United Arab Emirates fell in the first round Tuesday, while the tournament's No. 2 seed struggled in the first set before running away with the second.

Fifth-seeded Roberto Bautista Agut of Spain fell 7-6 (2), 7-5 to Germany's Jan-Lennard Struff, while fourth-seeded Fabio Fognini of Italy lost to Great Britain's Daniel Evans 3-6, 6-4, 7-5. Fognini didn't go down quietly, however, as he fended off five match points and forced deuce four times in the final game before Evans finally broke Fognini's serve in a match that lasted more than 2 1/2 hours.

Among the winners was second-seeded Stefanos Tsitsipas of Greece, who edged Spain's Pablo Carreno Busta 7-6 (1) in the first set before routing him 6-1 in the second. Eighth-seeded Benoit Paire of France edged Croatia's Marin Cilic in perhaps the day's most competitive match, 2-6, 7-5, 7-6 (1).

Fifth-seeded Juan Ignacio Londero and fellow Argentinian and No. 7 seed Federico Delbonis were among the first-round winners in Santiago, Chile, on a day in which every seeded player in action won.

Fourth-seeded Pablo Cuevas of Uruguay and No. 2 seed Casper Ruud of Norway, both of whom received first-round byes, are among those in action in the second round Wednesday.

Rafael Nadal, playing his first match since a quarterfinal loss at the Australian Open, cruised to a 6-3, 6-2 win over fellow Spaniard Pablo Andujar in the first round at Acapulco, Mexico.

The tournament's top seed broke serve five times in the 90-minute match. Nadal won 72 percent of his first-serve points, vs. 41 percent rate in the same stat for Andujar.