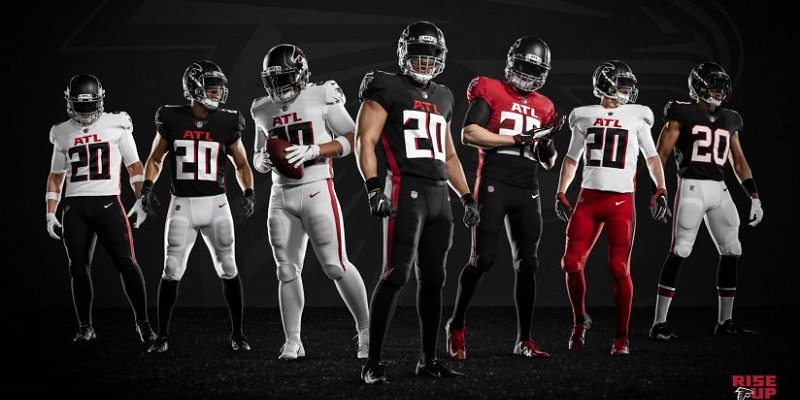 The Atlanta Falcons have a new look for the first time in 17 years.

The team revealed its 2020 uniforms on Wednesday, featuring black jerseys and black pants for home games and a white-on-white combination on the road. “ATL” is emblazoned over the numbers on the front of the jersey.

“Black has been a part of our history since 1966 and both our fans and players have asked us to bring it back,” team owner Arthur Blank said in a release. “The ‘ATL’ moniker is known around the world, and we now wear it proudly as our badge of unity, diversity, and togetherness. Something our world needs more of, especially in these tough times.”

The Falcons had planned to unveil the changes next Tuesday, but ESPN’s Adam Schefter reported that internet leaks pushed their plans forward.

For our team.
Our fans.
°Our city. pic.twitter.com/15e5ZX6EtE

There are up to eight different uniform combinations, including a throwback to the team’s inaugural 1966 season and a new “Rise Up” alternate uniform, which features a red jersey.

Defensive tackle Grady Jarrett said the new uniforms could energize a Falcons team that missed the playoffs for the second straight season in 2019.

“I think these new uniforms will give us, give the city a new energy and I think people are going to really be excited about it,” Jarrett said. “We know this is a tough time for everyone right now, but we hope this can bring some excitement and light to our city and our fans. Around the whole world everybody knows what ATL stands for, so we’re proud to represent that, today and every day.”