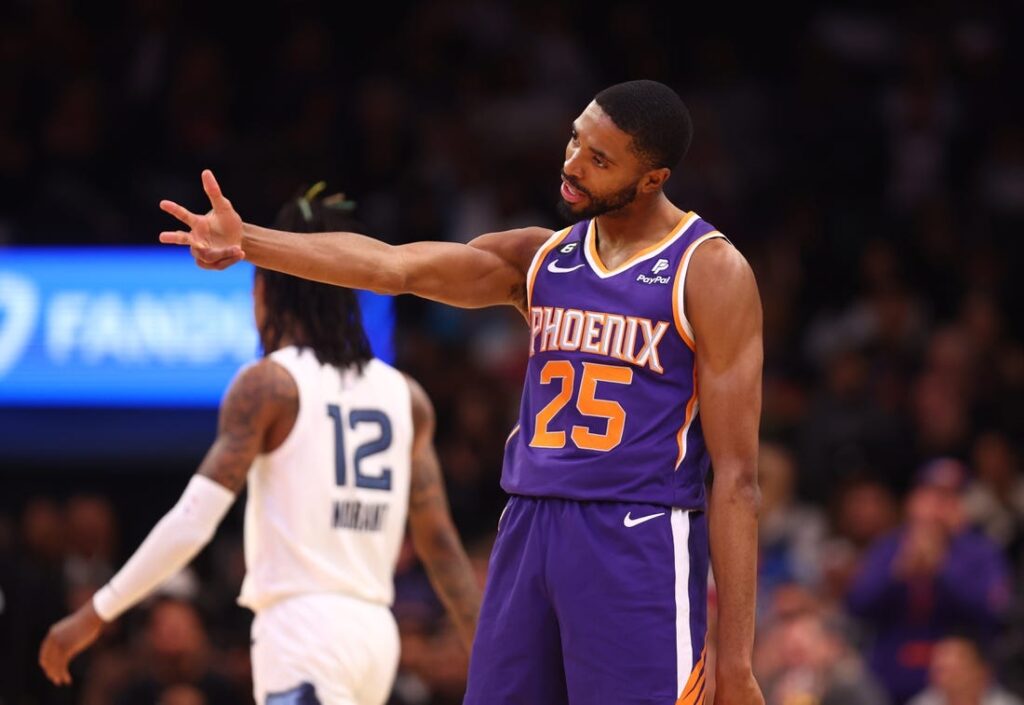 Cameron Johnson poured in 24 points as the Phoenix Suns blew out the visiting Charlotte Hornets — twice — in a 128-97 victory Tuesday night in a matchup of teams missing key players because of injuries.

Phoenix built a 30-point lead in the second quarter, only to see it dwindle to eight points in the opening minute of the second half. Then the Suns cranked it up again and went up by 23 late in the third quarter, ultimately building it up to 33 on the way to their fourth victory in a row.

Johnson, who didn’t score in the fourth quarter, was 9-for-11 from the field, going 6-for-7 on 3-pointers. The Suns drained 22 shots and shot 55 percent from 3-point range.

The Hornets were just 6-for-25 on 3-point attempts (24 percent). The long-range shooting allowed Phoenix to put up the nice point total despite 17 turnovers.

Terry Rozier, who made four of his team’s 3-point shots, scored 19 points to lead Charlotte in scoring for the fourth game in a row. Mason Plumlee notched 17 points and Jalen McDaniels provided 15 points and 10 rebounds.

Phoenix was without Devin Booker, Cameron Payne and Landry Shamet — all with leg or foot injuries — and Deandre Ayton (non-COVID illness).

After the Hornets closed within 58-50 on Washington’s three-point play, Bridges and Paul made 3s on the next two Phoenix possessions. The lead jumped to 77-57 with little more than five minutes left in the third quarter on Paul’s 3-pointer.

Charlotte ended a four-game road trip with a 2-2 mark with losses on back-to-back nights after a 120-102 setback Monday night at Utah.