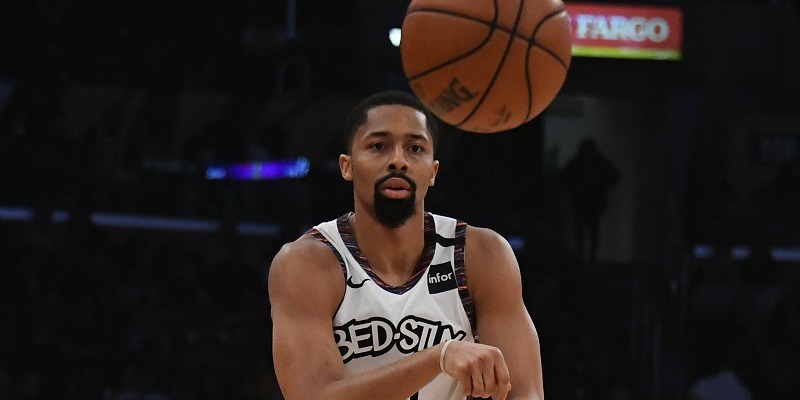 Brooklyn Nets guard Spencer Dinwiddie continues to embrace his news-making skills on social media, sharing that the NBA season will resume in July at a “bubble location.”

Dinwiddie’s update comes with the qualifier that he was not provided an official update from the Nets or the NBA. However, his intel appears to match multiple reports indicating the NBA is pointed toward playing games this summer, and doing so within a “campus environment,” which is the preference of commissioner Adam Silver.

Dinwiddie was replying to a post from popular boutique street shoe designer John Geiger’s post that the NBA would be back June 21st. Dinwiddie posted to Twitter: “That’s just practice. I heard those last 5 games at bubble site start July 15th.”

ESPN reported Silver is expected to release rules and guidelines for the NBA to return on June 1.

Keith Smith of Yahoo Sports and Marc Stein of the New York Times said Thursday they’ve heard the same timeline Dinwiddie outlined. That would put the NBA Finals in the Labor Day range, per Smith.

Dinwiddie has become a popular follow during the coronavirus pandemic that began in mid-March.

He offered followers the opportunity to choose his next team by contributing to GoFundMe and, as the Chicago Bulls were announcing a restructuring that included a new GM, Dinwiddie detailed how he would fix the team in a series of posts.