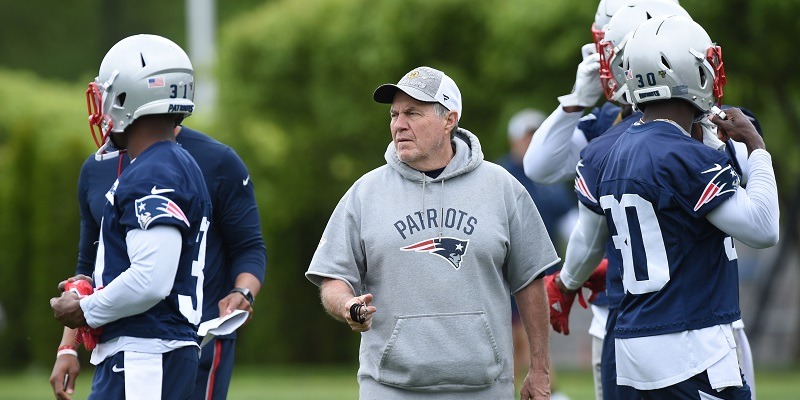 Another offseason, another talent exodus in New England.

Given the Patriots just won the Super Bowl, nobody should be panicking, but Gronkowski, Flowers and Trent Brown will be very tough to replace. At the same time, Gronk’s retirement was out of the team’s control, and the Patriots certainly would not have paid Flowers (five years, $90 million) or Brown (four years, $66 million) anywhere near the money they landed on the open market.

As usual, the Patriots regrouped and reloaded in a variety of creative ways. Bennett cost only a swap of late-round picks and should step right into Flowers’ role, with inside-outside versatility and pass rush. Collins was brought back for a bargain $2 million after his release in Cleveland, and Watson (one year, $3 million) and LaCosse (two years, $2.8 million) provide cheap options at tight end. Between Thomas, Harry and Inman, the receiving corps should produce a few suitable options.

Some questions remain. Offensive tackle is thin after Brown and Waddle left in free agency, and signee Jared Veldheer decided to retire. The tight end spot lacks a clear answer or upside after Bill Belichick surprisingly didn’t draft one from a quality group of prospects and released Austin Seferian-Jenkins during the offseason program. Even so, Belichick produced an excellent draft class overall, with Williams, Winovich and Harris all expected to contribute early in addition to Harry.

–The Patriots have the NFL’s highest over/under win total (11) and the best odds to win Super Bowl LIV (+600). Both figures feel a tad rich, but each could hit if Tom Brady doesn’t fall off a cliff.

–As usual, Brady is among the favorites for MVP, with decent odds at +1400 (surprisingly behind Baker Mayfield at +1100). He needs two more to tie Peyton Manning (five) for most all-time, but the soon-to-be 42-year-old might not get the requisite volume.

The Patriots are clearly less talented overall, but it’s hard to argue with many of their decisions in a vacuum. Until Brady declines, they should remain a juggernaut.