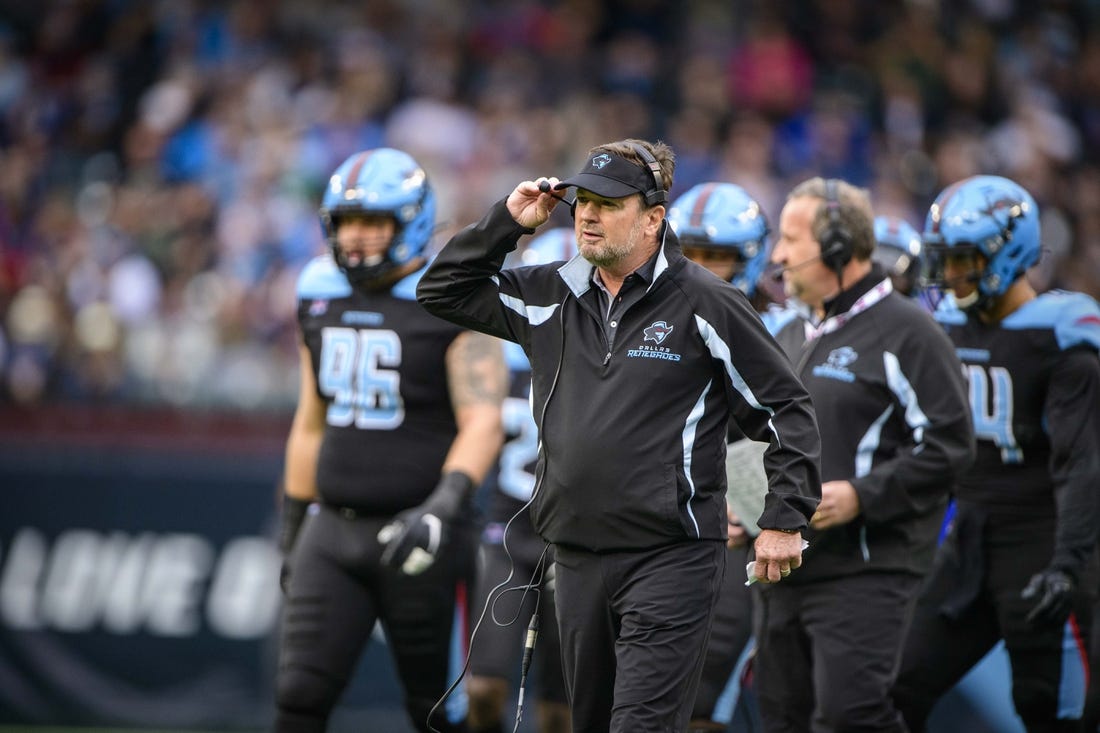 The XFL announced the head coaches who will lead the eight teams when the league returns to play next year, naming a mix of veteran and first-time head coaches on Wednesday.

The XFL is scheduled to begin play in February 2023. It has not yet announced team names or the cities where they will play.

“Our head coaches are a diverse group of leaders, champions and Hall of Famers with experience competing and coaching at the highest level in football. Not only will they be mentors to our players, but they are also ambassadors of the XFL as we work together to build tomorrow’s league,” said Dany Garcia, co-owner and chairwoman of the XFL, in a news release. “What is most exciting about our talented coaches is that they all share our vision for the XFL and are committed to advancing the game of football for players and making it into a must-watch program for fans.”

Haslett and Phillips bring extensive NFL coaching experience, both serving as head coaches. Most recently, Haslett was the inside linebackers coach with the Tennessee Titans, and Phillips spent three seasons as defensive coordinator of the Los Angeles Rams.

Stoops led Oklahoma to a national championship in 2000. He coached the Sooners from 1999 to 2016 and also filled in as head coach for their Alamo Bowl win in 2021 after the departure of Lincoln Riley, giving him a 191-48 record with the program.

Stoops was the head coach of the Dallas Renegades in the XFL in 2020 before it ended the season prematurely due to the COVID-19 pandemic.

Barlow, Becht, Buckley, Ward and Woodson all are NFL veterans.

Buckley has been a coach since 2007 and worked the past two seasons under Lane Kiffin at Ole Miss as the cornerbacks coach. Ward was an offensive assistant with the New York Jets for two seasons before coaching the wide receivers at Florida Atlantic in 2021.

Woodson spent six seasons as an NFL assistant coach and coaching intern before moving into broadcasting. The Pro Football Hall of Fame member has been an analyst for NFL Network, the Big Ten Network and Westwood One.

Dayton coach Anthony Grant said Monday night that the Flyers would be without starting guards Malachi Smith and Kobe Elvis “for the foreseeable future” due to injuries. Both players were…