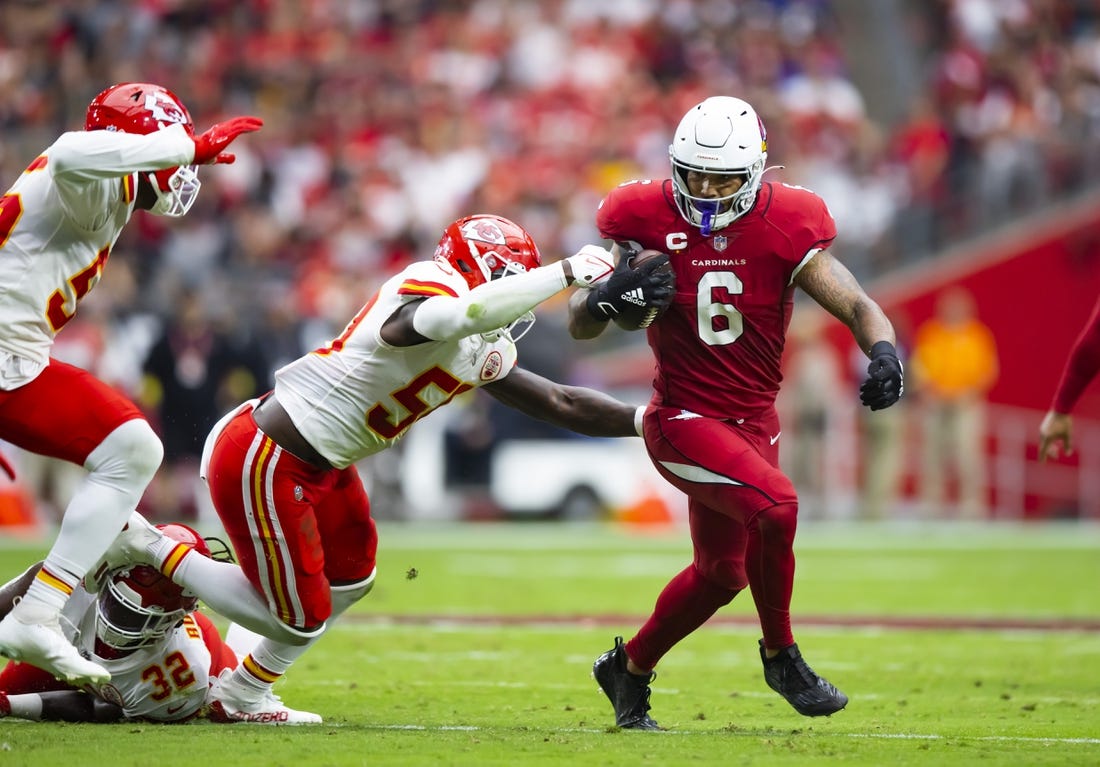 The Arizona Cardinals listed running back James Conner as questionable for Sunday’s game against the visiting Los Angeles Rams, while wide receiver Rondale Moore and linebacker Ezekiel Turner were ruled out.

Conner left the Cardinals’ stunning Week 2 win over the Las Vegas Raiders with an ankle injury. After not practicing Wednesday, he returned Thursday and Friday in a limited capacity.

The starting running back has 51 rushing yards and a touchdown along with seven receptions for 55 yards in two games this season.

Moore (hamstring) and Turner (ankle) did not practice all week.

Rams wide receiver Van Jefferson will sit out for the third straight week. Jefferson is still recovering from offseason knee surgery and was unable to return to practice this week.

Durant returned an interception 51 yards last week to set up a touchdown against the Atlanta Falcons.

Los Angeles also listed defensive back Jordan Fuller (hamstring) as questionable. He first appeared on the injury report Thursday as a limited participant before sitting out practice Friday.