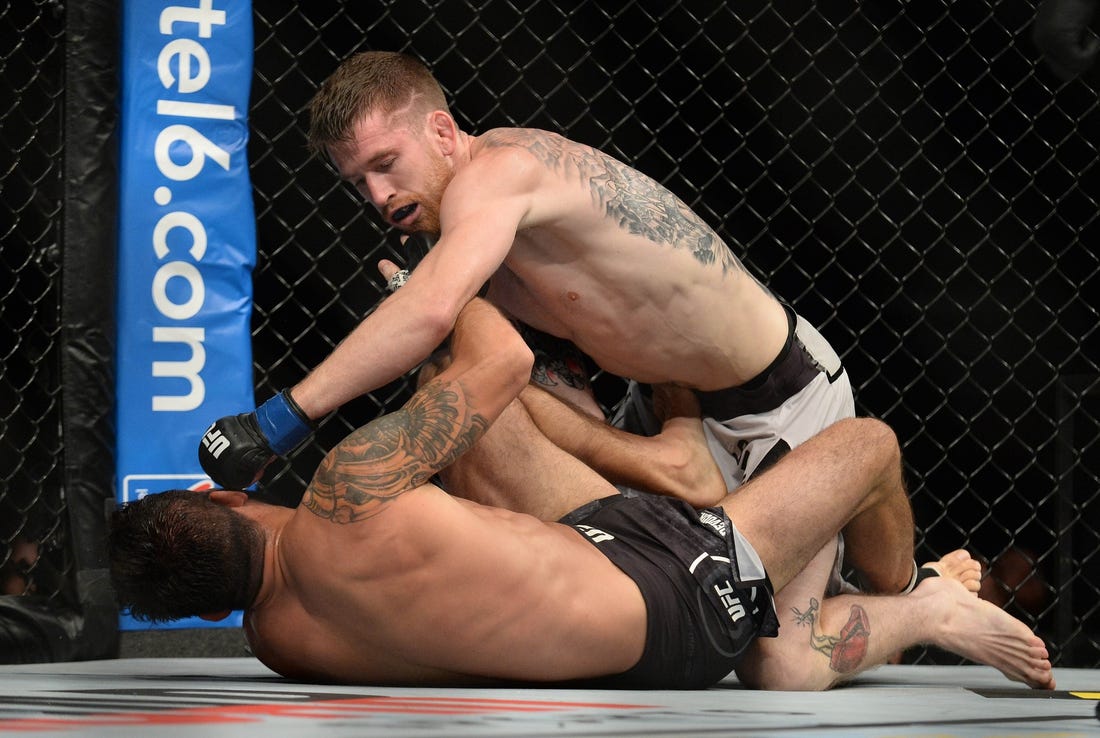 Cory Sandhagen stopped Song Yadong by TKO after the fourth round Saturday night in their bantamweight bout at UFC Fight Night in Las Vegas.

The referee called the fight at the conclusion of the fourth round after it was determined Yadong could no longer continue with a cut over his left eye.

“Song is good, I knew he was good,” Sandhagen said. “I hate the way it ended. He deserved a fifth round. I wanted to see the scorecards to see if I was winning. But I cut him in the first, and I’m happy about it.”

Tre Mitchell leads the way as WVU blows by Florida

Rookie Matty Beniers had a goal and two assists as the Seattle Kraken defeated the host Anaheim Ducks 5-4 Sunday night to extend their winning streak to five games. Daniel…

Georgia Tech quarterback Jeff Sims announced Sunday that he plans to enter the transfer portal, which opens Dec. 5. “It was not an easy decision, however, I believe it is…

Tre Mitchell leads the way as WVU blows by Florida

Bucks use balanced attack to soar past Mavericks