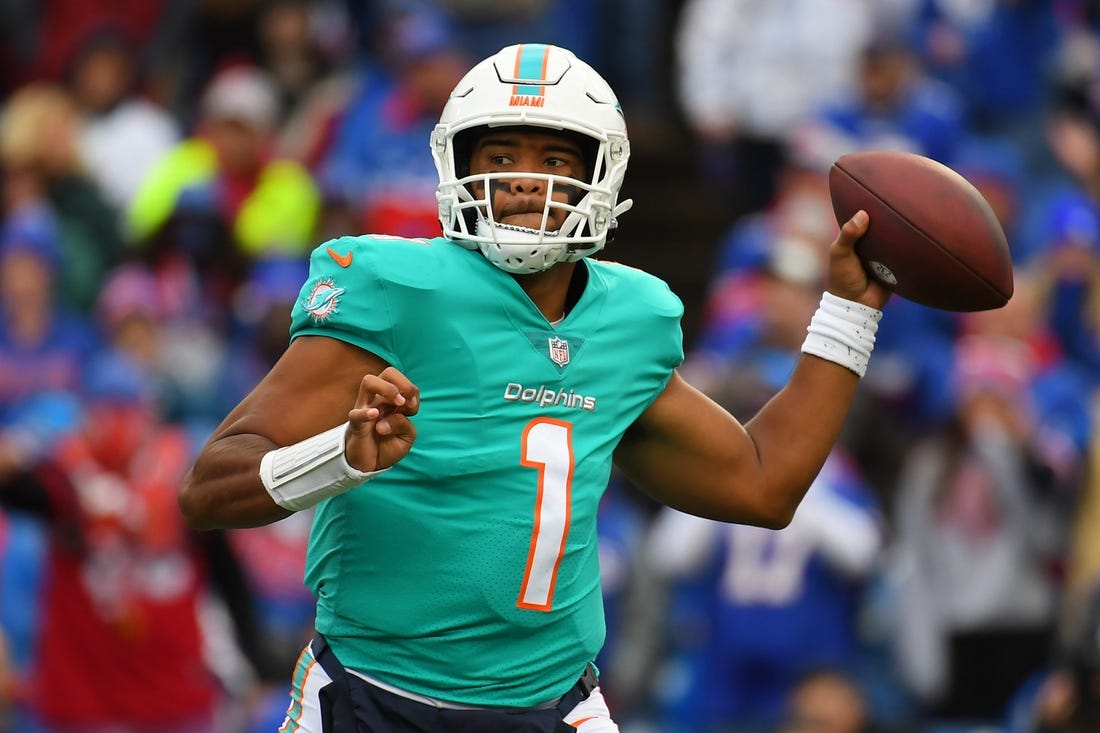 As NFL proving grounds go, Tua Tagovailoa and the Miami Dolphins might not get a more tailor-made opportunity to legitimize their fast start than this one.

Undefeated AFC East rivals collide in Miami Gardens, Fla., when the Buffalo Bills roll into Hard Rock Stadium after wrecking the Los Angeles Rams and Tennessee Titans in primetime pummelings by a combined score of 72-17.

The Dolphins are also 2-0, averaging 31 points per game with an offensive arsenal that believes it could be ready to measure up with Bills quarterback Josh Allen.

“We’ve all been witnesses to, he’s steadily become one of the best players in the National Football League,” Dolphins head coach Mike McDaniel said of Allen. “(You could) easily argue he’s the best one. And it’s not because he’s God’s gift. It’s because he’s unbelievably talented. But it’s because you can tell more than that, it’s because he works at his craft. He’s developing every time he’s on the field. He’s a really, really good player that you’ll never, I don’t think, see him stopped necessarily. It’s about minimizing and containing all together.”

The Dolphins have a seven-game home winning streak and enter with one of the more improbable wins in recent memory, rallying from a 35-14 deficit entering the fourth quarter at Baltimore to beat the Ravens 42-38.

Tagovailoa, who threw a pair of first-half interceptions, finished with six touchdown passes and wide receivers Tyreek Hill and Jaylen Waddle each had 11 receptions and two touchdowns with a combined 361 yards through the air.

Checking Hill, the NFL’s leading receiver, and Waddle could fall largely to a pair of rookies for the Bills because Dane Jackson (neck) is out and Tre’Davious White is on the PUP list.

“They do a great job — their receivers — with yards after catch. So our ability to be able to tackle and get guys running to the football is going to be very, very important,” Bills defensive coordinator Leslie Frazier said.

McDaniel said he’ll mention keeping emotions in check with Tagovailoa but not dwell on it. He said they re-lived his second interception against the Ravens and boiled it down to pressing. The critical test in McDaniel’s mind is how quickly a quarterback rebounds from errors.

“If he feels himself pressing, like he did when he threw that second pick, how fast can you get out of that yourself and utilize that whole experience for confidence moving forward,” McDaniel said.

Buffalo packs a streak of its own for the trip to Florida. The Bills have won the past seven meetings with the Dolphins and have surrendered just 8.5 points per game this season.

Lost in the blazing start by Allen and wide receiver Stefon Diggs — 20 receptions, four touchdowns — has been the smothering defense that Miami knows all too well. With pass rusher Von Miller added to the mix, Buffalo can squeeze teams shoved into comeback mode by the Bills’ high-octane offense.