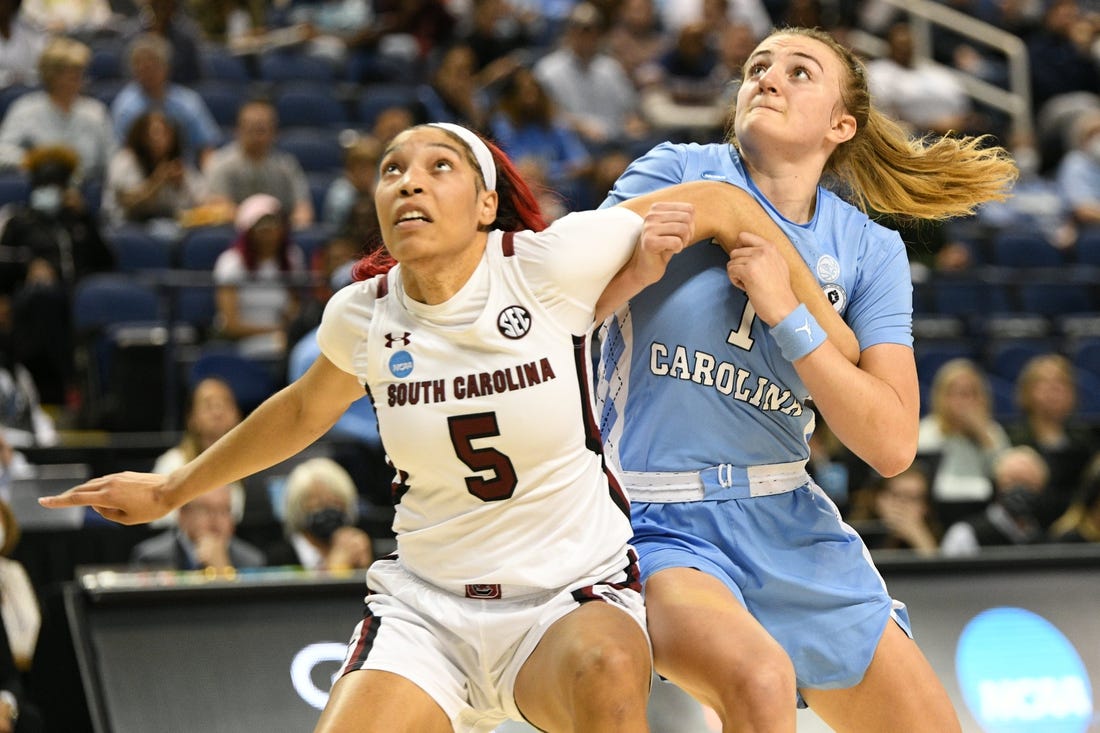 Aliyah Boston controlled the lane on her way to 28 points and 22 rebounds as top-seeded South Carolina fended off North Carolina for a 69-61 victory in Friday night’s Greensboro Region semifinal at Greensboro, N.C.

Zia Cooke racked up 15 points and Destanni Henderson finished with 13 points as the Gamecocks became the first team outside of the Atlantic Coast Conference to beat North Carolina this season.

Deja Kelly scored 12 of her 23 points in the first half for North Carolina (25-7), which secured a road upset Monday night at Arizona. Alexandra Zelaya added 10 points.

The Gamecocks, who were in the Sweet 16 for the eighth consecutive tournament, did serious work on the offensive glass and that made a difference in going up 56-45 through three quarters. Of their 48 rebounds, 25 came on the offensive end.

Even South Carolina’s 33.3-percent shooting from the field didn’t turn out to be a major hindrance.

Boston pulled in another offensive rebound that resulted in two more free throws. Later, Littlefield missed two free throws that could have trimmed the margin to two.

Boston converted in the lane and a North Carolina turnover ruined the potential rally.

Cooke scored 10 points in the first 15 minutes. Then Cooke completed the half with an off-balanced jumper with 2.9 seconds left for a 39-31 lead.

South Carolina also eliminated North Carolina in this same round of the tournament in 2015, also in the Greensboro Coliseum.

Dayton coach Anthony Grant said Monday night that the Flyers would be without starting guards Malachi Smith and Kobe Elvis “for the foreseeable future” due to injuries. Both players were…