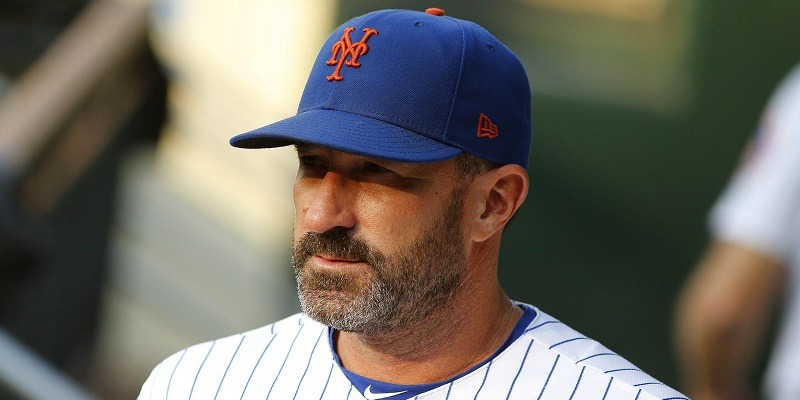 The son of Cleveland Indians manager Terry Francona said his father and other executives in the organization are lying when they say they knew nothing about allegations of disturbing behavior from former pitching coach Mickey Callaway before they surfaced last month.

Nick Francona, who previously worked in the player development departments of the Los Angeles Dodgers and New York Mets, wrote Tuesday on Twitter that he felt compelled to weigh in on the subject after The Athletic posted another bombshell report about Callaway.

“When the news about Mickey Callaway’s behavior first came out earlier this year, I confronted my father, (team president) Chris Antonetti, and others with the Cleveland Indians,” he wrote. “… My father lied to me and said he didn’t know. Additionally, I think he and his colleagues fail to understand what is acceptable behavior and what isn’t.

“I confronted my father again this morning and it is clear that he simply doesn’t get it.”

A story posted by The Athletic on Feb. 1 shared the stories of five women who said Callaway had sent unsolicited messages and lewd photos to them — sometimes asking for photos of them nude in return — over a span of more than five years.

Tuesday’s follow-up article detailed allegations that more women have made regarding inappropriate messages or sexual advances from Callaway while they worked for the team. It also included the story of a man who reported to the team in 2017 that Callaway sent “pornographic material to his wife.”

Well, he should’ve dealt with it privately then. That’s on him. I tried. https://t.co/GSqpgEO4DS

The report said Antonetti, Francona and general manager Mike Chernoff were made aware of the accusations then and that the team spoke with Callaway.

“It was the worst-kept secret in the organization,” one employee told The Athletic.

The team reportedly starting hearing about Callaway’s behavior as early as 2015, when the wives of several Indians players suspected Callaway was having an affair with a woman who hung out around the team. At least one department head was notified that year, The Athletic reported.

“You definitely knew he had a lot of other women on the side,” said the wife of an Indians player that year, per the report. “He was just someone you wanted to stay away from.”

Terry Francona discussed the growing controversy on Tuesday from Arizona before the Indians’ scheduled spring training game against the Seattle Mariners.

“Nobody’s ever deliberately covered up for anybody, I can tell you that,” he said in response to his son’s accusations.

Hi Belle, I’ll tell you what I told my dad.

How many more women need to turn away from baseball or quit their jobs because people act like jerks? It’s sad that this is even necessary, but if it’s the cost of making things better, so be it. https://t.co/X7IR8qKlbC

Callaway joined the Indians before the 2013 season, then was hired to manage the Mets in October 2017. Fired by the Mets after the 2019 season, he was hired to be the pitching coach of the Los Angeles Angels in 2020.

The Angels suspended Callaway, 45, amid an MLB investigation into his conduct.