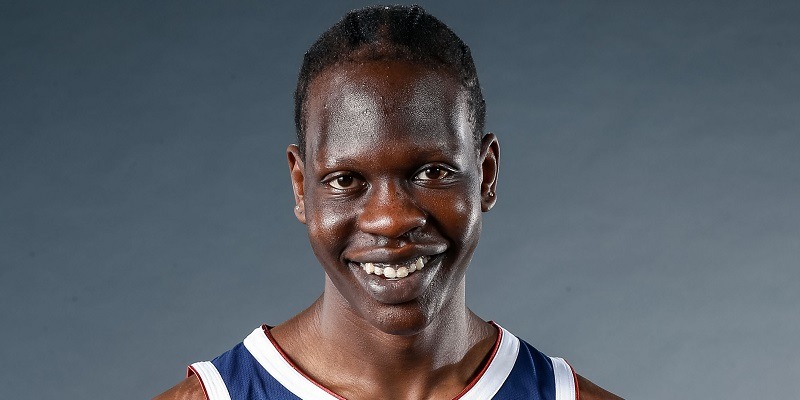 Denver Nuggets rookie center Bol Bol was recalled from the team’s G League affiliate over the weekend but is not expected to play before being sent back down, according to a report by the Denver Post.

Bol had season-ending left foot surgery while at Oregon last year and signed a two-way rookie contract with the Nuggets that allows him to be with the team for 45 days this season.

The story behind ‘injury management’

The Nuggets recalled him primarily so he could reconnect with the team and the trainers, according to the report. As long as he doesn’t practice or play before he returns to Windy City, Bol will not use any of his allotted time.

He will continue to be listed as out due to “injury management,” with no timetable set for his NBA debut, according to the report.

“I think he’s played really well,” Nuggets coach Michael Malone said. “Blocking shots, finishing around the basket, he’s got an unbelievably soft touch around the rim, in the paint, for runners.

“So I think he, Vlatko (Cancar), Jarred (Vanderbilt), P.J. (Dozier), all of our young players down in the G League are getting quality minutes and are making the most of them. I was really happy for Bol because I think there were a little nerves about going down there, not having played for a while, and he’s done a terrific job.”

He’s not playing, but there IS a plan

When he does finally see the court in the NBA, Malone said the plan is to utilize Bol similarly to how he was featured at Oregon, including with his outside shooting range.

“We’re going to use him in a different manner,” Malone said. “Like, he is a great shooter and I think in the games he’s played for Windy City I think he’s only attempted one 3-point shot.”