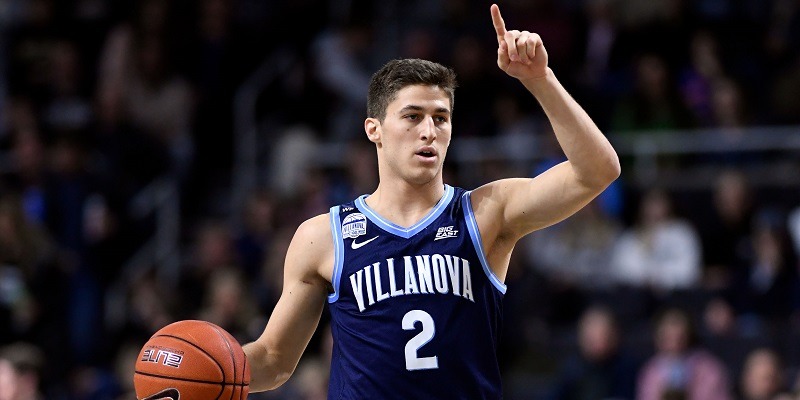 Two significant losses add up to lengthening odds for Villanova to win the 2021 national championship.

Oddsmakers reacted to the season-ending knee injury to Wildcats point guard Collin Gillespie and Villanova’s loss Sunday to Butler by slicing the team’s odds to win the NCAA Tournament to +2000.

DraftKings and FanDuel pushed Villanova down a few pegs and behind eight other teams. Illinois, ranked fourth but rising after throttling No. 2 Michigan (+450) this week, is up to +1300 entering a weekend date with Ohio State (+1500).

Villanova was +1300 at DraftKings entering the week.

Gillespie sustained the injury while defending Creighton’s Damien Jefferson in the first half of Wednesday’s game. It appeared his leg got tangled with Jefferson and he was in obvious pain as he tried to walk off the court with 6:38 left. The Wildcats went on to win, 72-60.

Gillespie was recently named as one of the five finalists for the Bob Cousy Award, which goes to the nation’s top point guard. He is averaging 14.0 points, 4.6 assists and 3.3 rebounds in 20 games this season.

Villanova said the senior would miss the rest of the season, but some MCL injuries can heal in less than four weeks. The NCAA Tournament title game is played April 4 in Indianapolis.