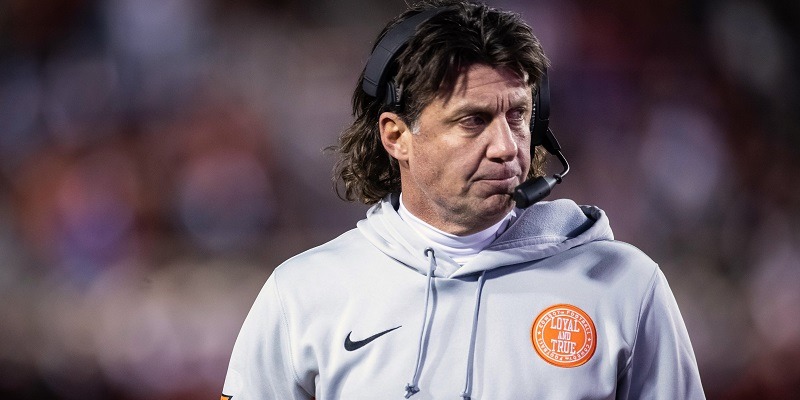 Oklahoma State football coach Mike Gundy apologized Saturday for comments he made earlier in the week comparing the coronavirus to the flu and saying his goal was to have his football team back at team headquarters by May 1.

“I have been made aware that comments from my press conference have offended some,” Gundy said in a statement Saturday. “It was never my intention to offend anyone and I apologize. My first priority is and will always be the student-athletes and doing what is best for the program and the university.”

On Tuesday, Gundy opened a teleconference with an opening monologue that included his views on the coronavirus and how he could envision players being back by May 1.

“We get people that get the flu during the season, we quarantine them, we treat them, we make sure they’re healthy, we bring ’em back,” Gundy said at the time. “It would be the same thing here, but at some point, we’ve got to go back to work. We’ve got to get these guys back in here. …

“From what I read, the healthy people can fight this, the antibodies make it better. They’re doing some blood transplants now with the people that have already gotten the disease, that have gotten over it that have the antibodies that can fight it. There’s a lot of people who can figure this out. May 1’s our goal. Don’t know if it will happen. Players will come in after that.”

The university quickly responded to his comments that day, with athletic director Mike Holder saying in a statement, “May 1 seems a little ambitious.”

“We will adhere to the advice of public health experts who are making informed decisions in the best interest of the citizens of our nation and state based on sound scientific data,” the university said in a statement Tuesday. “We will also abide by the federal and state mandates as well as Big 12 guidelines. We will not compromise the health and well-being of our campus community. This virus is deadly and we will do our part at Oklahoma State to help blunt the spread.”

The Big 12 announced on March 29 that it was closing down all organized sports team activities, including workouts and practices, through the end of May.

According to the Centers for Disease Control and Prevention, as of Saturday there were nearly 500,000 cases of this current strain of coronavirus, COVID-19, in the United States. The virus has killed more than 18,500 people in the U.S. thus far.