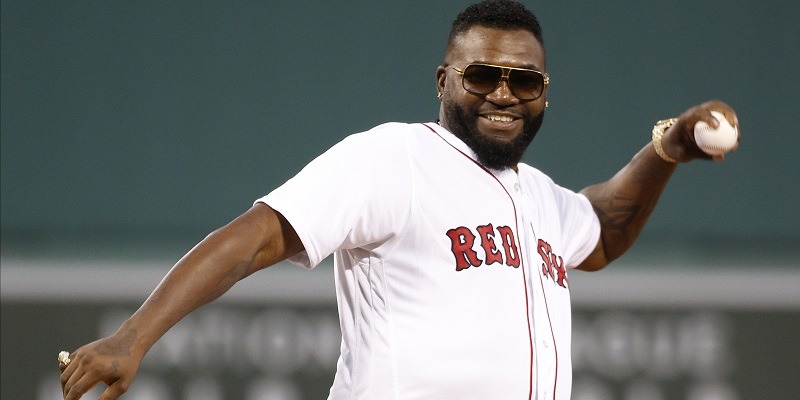 David Ortiz said he feared the worst after being shot in the Dominican Republic in early June.

“I thought I wasn’t going to be able to be who I am right now and go back to normal, you know? At some point, I started losing hope,” the former Boston Red Sox slugger told MLB.com on Monday.

Ortiz underwent surgery to repair damage to his intestines and liver and to remove his gallbladder in the hours immediately following the June 9 shooting.

After being transported to Massachusetts General Hospital, Ortiz underwent a second surgery to make sure the first had been done correctly.

The man known as Big Papi continued to struggle and remained on a feeding tube for weeks. Doctors then figured out why he wasn’t improving.

“They discovered that this bullet gave me a bacteria that they had never seen before,” Ortiz said. “They had this team, antibacteria team. They were really on me, hard, because they want to get this out of my body. The reality is that they did, but they fought with it. The reason why they went in the third time is because the bacteria had my intestine all kinked. It wasn’t able to function.”

Unlike before the first two surgeries, Ortiz had time to think about everything going on.

“Now I know what I’m dealing with,” Ortiz said. “Now I know where I got damaged and I know that those parts weren’t working the way the doctor expects. They started talking about a third surgery. Then, when I was hearing all that, you get scared because you don’t know if you’re going to be able to survive. But then I survived, and my next thing to worry about was, ‘What am I going to be like after everything?’ That’s when you really start worrying about things.”

Admitting that time surrounding the third surgery presented a low point, Ortiz and the doctors soon knew he would survive.

That’s when Ortiz began worrying about his ability to eat normally.

“I spent six weeks without eating or drinking,” he said. “I had this tube going from my nose to my stomach that was the one that was going to dictate … whatever I got in my stomach, that tube would get it back out. I used to move it sometimes trying to drink water, because I would get so thirsty.”

When asked about June 9, Ortiz said he remembered a “wonderful day” with his kids before going out socially with a friend. He was sitting and enjoying a drink, when his life changed.

“It’s a very nice place, a lot of big-time people go — I sit down and have a drink, and all of a sudden, I got shot,” he said. “It’s something that I will not forget about.

“I wasn’t hurting (at first). I felt like a little burn, but I don’t even look at that. I know that I was hurting because of the impact and the sound. I started hurting later, probably when I was about to walk into the surgery.”

Ortiz said he plans to return to his homeland in November or December. Despite reports offering reasons for the shooting, he said had no explanation for the incident.

“There were so many rumors out there. But like I told them, the Dominican is a country that social media informs you somehow, some way, because there is no consequence,” he said. “There are people that … come out there with some things that aren’t true, just because they want to get followed or get some likes. There are a lot of rumors, a lot of bad things came out, but none of them were related to what really happened to me.”