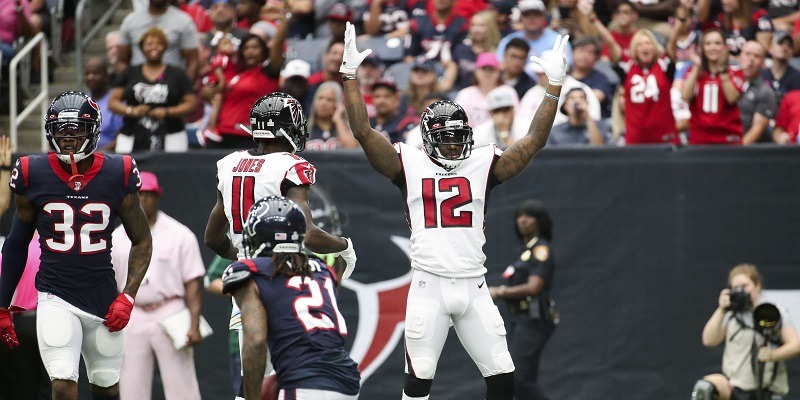 Wide receiver Mohamed Sanu was acquired by the New England Patriots from the Atlanta Falcons on Tuesday.

The 1-6 Falcons will receive a second-round pick in exchange for Sanu, who gives the Patriots an upgrade at a thin position.

Sanu, 30, has 33 receptions for 313 yards and one touchdown with the Falcons and is signed through next season.

Former Patriots college scouting director Thomas Dimitroff runs personnel in Atlanta and has made deals with his old boss, Bill Belichick, before.

Belichick has always kept close tabs on Rutgers products and Sanu gives the Patriots another one along with Duron Harmon, Jason McCourty and Devin McCourty.