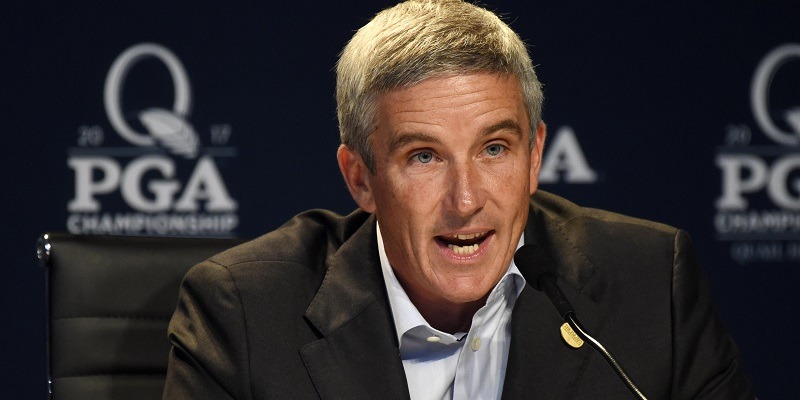 The PGA Tour is set to unveil on-site gambling at tournaments next year, commissioner Jay Monahan said from Japan in an interview with Agence France-Presse.

Speaking from the inaugural Zozo Championships at Chiba, Japan, with a field that includes Tiger Woods, Rory McIlroy, Sergio Garcia, Bubba Watson and Paul Casey, among others, Monahan said the concept of betting on events from their locations is a way to increase engagement.

“When done right, it gives fans the opportunity to engage with your sport over a longer period of time and have more interest in what’s happening across the entire player field,” Monahan said.

Monahan admits that the system will have to be heavily monitored to avoid betting scandals that have plagued other sports both in the United States and internationally.

“As it is becoming legalized by state in the U.S., you can either participate or not, and we feel smarter to be participating … versus let others control it,” Monahan said.

A Supreme Court ruling in 2018 opened the door for sports books across the country. According to Golfweek, states in the Northeast and the Midwest could be ready to implement betting at PGA Tour events next year, but states in the South and West might not be on board so quickly.

The PGA Tour is expected to work in partnership with IMG Arena to bring the idea to fruition. The goal is to have bets to win or succeed instead of the opportunity to make wagers in players in the field to fail. But separating the two concepts might not be so easy.

“Once you start to participate, you can eliminate negative bets,” Monahan said. “We’ve done a ton of work to make certain that that’s the position we’re in.

“I think when we come forward, you’ll see that we’ve taken significant steps to address that. We’re going to participate in a thoughtful way and I’m really comfortable with that.”