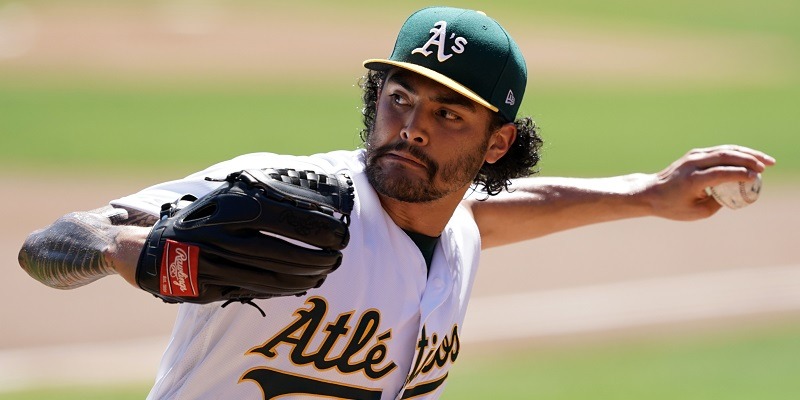 The Oakland Athletics will attempt to rewrite history with the same script that failed them last year when they host the Tampa Bay Rays in the American League wild-card game on Wednesday night.

Staring at the daunting task of having to beat Rays All-Star right-hander Charlie Morton (16-6, 3.05 ERA) in order to stay alive in the AL pennant chase, the A’s once again have decided not to go with right-hander Mike Fiers.

Instead, manager Bob Melvin announced Tuesday that lefty Sean Manaea (4-0, 1.21) will get the ball when the AL’s winningest second-place clubs duel to see which earns the right to take on top-seeded Houston in the AL Divisional Series starting Friday.

“It came down to the fact that since Manaea has been back, he’s pitched great every single time out,” Melvin told reporters.

Manaea was one of the AL’s top pitchers in September after returning from an absence of nearly 12 months following surgery on a torn labrum. His unbeaten record included winning both his home starts with a 2.13 ERA.

The 27-year-old has no postseason experience and has faced the Rays just three times in his career, going 1-1 with a 2.70 ERA.

Their most recent head-to-head was his weakest of the three outings. The Rays jumped on him for four runs and five hits in five innings in a 6-0 win in Oakland on May 30, 2018.

The starter decision comes a year after Fiers, the A’s hottest pitcher down the stretch in 2018, was bypassed in the wild-card game in favor of “opener” Liam Hendriks. Manaea, Oakland’s top winner last season, was not an option after having gotten injured in August.

The New York Yankees, playing at home, wasted no time taking control of the single-elimination game, as Aaron Judge hit Hendriks’ ninth pitch for a two-run homer. The Yankees never trailed in a 7-2 win that ended Oakland’s season.

Rays manager Kevin Cash had a much easier choice. Morton not only was his top pitcher this season, but also has postseason experience (2-2 with a 4.60 ERA in seven appearances) and has dominated the A’s this season (1-0, 0.68 ERA in two starts).

One win wound up making a difference in determining the site of Wednesday’s game, with the A’s (97-65) having finished one game ahead of the Rays (96-66) in the wild-card race. Oakland won the tightly contested season series 4-3.

Both teams finished the season strong, with Tampa Bay going 20-6 before losing its last two games, including a meaningless regular-season finale at Toronto, while Oakland went 18-6 before also dropping its last insignificant game at Seattle.

The teams are playing in the same postseason for just the second time. Both were eliminated in the 2013 AL Divisional series, a year when the Rays won at Cleveland 4-0 behind Alex Cobb in the wild-card game.