Home > Archive > R&A: No plans to award The Open to Trump Turnberry
Archive

R&A: No plans to award The Open to Trump Turnberry 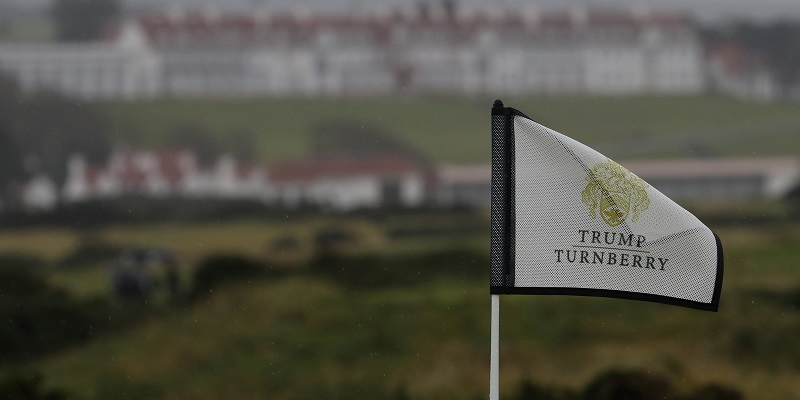 Trump Turnberry will not be granted The Open Championship “for the foreseeable future,” The R&A announced Monday.

The course, which is owned by President Donald Trump, was the site of the memorable “Duel in the Sun” in 1977 featuring Tom Watson and Jack Nicklaus.

R&A chief executive Martin Slumbers did not reference last week’s riots in Washington D.C. in his statement, although PGA of America president Jim Richerson took issue with hosting the 2022 PGA Championship at Trump National Golf Club Bedminster in New Jersey. Richerson said Sunday that Trump’s incitement of violence and encouragement of insurrection at the U.S. Capitol was more than reason enough to move the event.

“We had no plans to stage any of our championships at Turnberry and will not do so in the foreseeable future,” Slumbers said Monday in a statement. “We will not return until we are convinced that the focus will be on the championship, the players and the course itself and we do not believe that is achievable in the current circumstances.”

R&A has awarded the tournament through 2024 — Royal St. George’s this year, followed by St. Andrews, Royal Liverpool and Royal Troon.

Turnberry is located in southwest Scotland. The Women’s Open was contested there in 2015, won by South Korean Inbee Park.