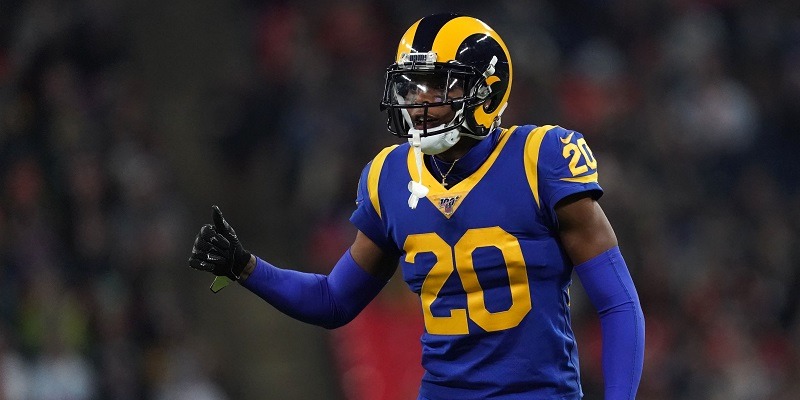 The Los Angeles Rams are signing cornerback Jalen Ramsey to a reported five-year, $105 million extension, making him the first defensive back in NFL history to sign a nine-figure deal.

The agreement includes $71.2 million at signing, the largest guarantee ever for a defensive back, ESPN’s Adam Schefter reported Wednesday morning. Ramsey’s agent, David Mulugheta, confirmed the details with Schefter.

The Rams confirmed there was an agreement, but not the details. “Locking down our lockdown,” the team tweeted. “We’ve agreed with @jalenramsey on a 5-year extension.”

The Rams acquired Ramsey midway through the 2019 season in a trade that sent two first-round picks and a 2021 fourth-rounder to the Jacksonville Jaguars.

The 25-year-old three-time Pro Bowl selection was due to earn $13.7 million in the fifth-year option of his rookie contract in 2020.

Between nine games with the Rams and three with the Jaguars, Ramsey finished 2019 with 50 tackles, five passes defensed and one interception.

Locking down our lockdown.