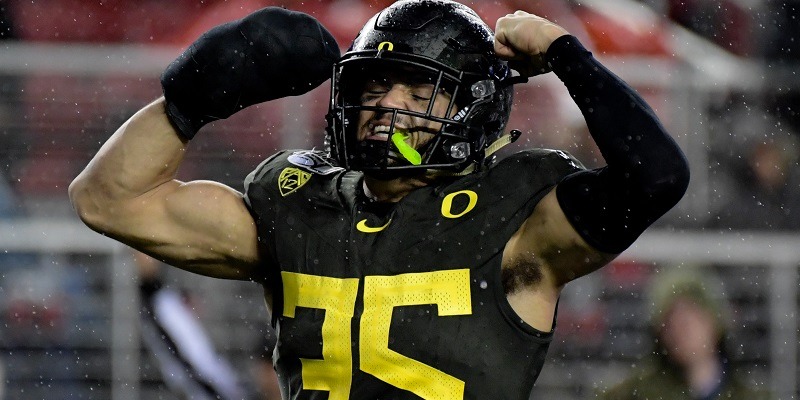 Top prospects looking to prove their health or full recovery from injury are being given the option of replacing the valuable medical re-check process, but at a considerable risk to those players.

While the 40-yard dash and bench press totals generate most of the buzz at the annual NFL Scouting Combine, medical evaluations conducted there each year play a more significant role in determining the final draft status of players.

Personnel departments take the medical evaluations so seriously that each year dozens of players are asked to return to Indianapolis in the final weeks prior to the draft for a re-check.

But according to multiple NFL sources, in response to the COVID-19 pandemic, the NFL has altered its plans this year. Word reached player agents Tuesday night that prospects for the upcoming 2020 draft will have the option of going through a re-check by a third-party doctor, who then could forward updated information to the league’s 32 teams.

This is a major change.

Until Tuesday night, NFL teams and agents had been working under the presumption that medical re-checks would not be offered this year, going the way of the canceled Pro Day workouts and team visits which normally keep scouts, coaches and general managers traveling throughout the spring.

“It is not an ideal situation, obviously,” said one highly ranked team executive speaking on the condition of anonymity, “but it does provide some potentially very important information in a safe and fair manner.”

Similar to how scouts have developed relationships with college coaches across the country in the hopes of gleaning extra information on prospects, team doctors have their own network of associates in the medical community.

“You would rather hear from your own team’s doctor — or the doctor who performed the actual surgery on the player, of course — but you have to trust in the ethics of the medical professionals,” the executive explained.

“It complicates things a bit, but competitive balance is why the league opted to shut down facilities across the country. This helps assure that every team is getting the same information.”

While potentially quite helpful to teams, affected prospects (and their agents) are left with a big decision about whether to participate.

A player’s stock can skyrocket or plummet based on the information learned in a medical re-check.

Players coming off surgery — such as Alabama quarterback Tua Tagovailoa, TCU offensive tackle Lucas Niang and Virginia cornerback Bryce Hall — might be compelled to undergo the testing, bypassing any personal fears they may have in leaving home while much of the country is facing a mandated lockdown.

That pressure is disconcerting to some. Others feel worse for those left outside of the process.

“You feel for the players who weren’t invited to the Combine in the first place,” longtime agent Doug Hendrickson of Wasserman admitted, adding that veteran free agents have likely been impacted by a lack of updated medical information as well.

“Before investing in a veteran player, teams want to have their own doctors get their hands on players. Rather than traveling with clients, attending Pro Days or whatever, our day is now spent navigating phones, slowing the process. The whole process has changed and continues to change,” Hendrickson said.

While complicated, all approached did feel that the NFL is doing a good job of maintaining equity, with each looking forward to the upcoming draft, which kicks off April 23.

“I think every year you hear people say — scouts and coaches and personnel people — that 90 percent of the evaluation is off the tape,” said Denver Broncos head coach Vic Fangio. “The other 10 percent is the combine and Pro Days and all the other stuff that goes on with it. This is the year it will really be tested. It will be 90 percent what you see on tape, and we’ll go from there.”