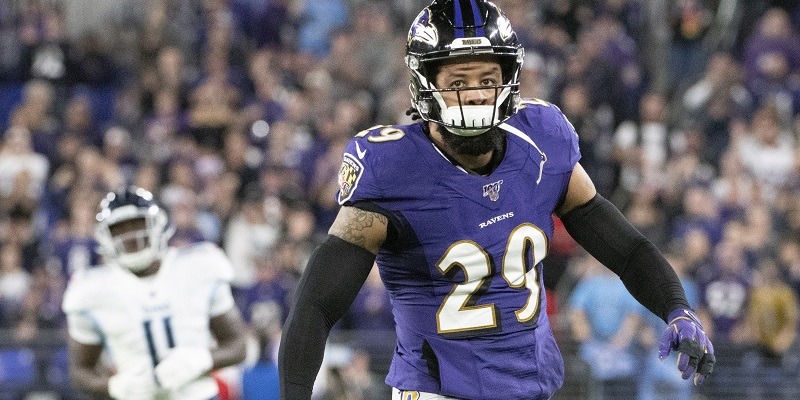 The move comes two days after Thomas was involved in an on-field altercation with safety Chuck Clark. Thomas was sent home after the skirmish on Friday, told to stay home from practice on Saturday and cut by the Ravens for conduct detrimental to the team.

“We have terminated (safety) Earl Thomas’ contract for personal conduct that has adversely affected the Baltimore Ravens,” the statement read.

NFL Network’s Ian Rapoport reported that the Ravens will attempt to recoup the $10 million that Thomas was due to make this season. Thomas signed a four-year, $55 million in March 2019.

Thomas issued a statement of his own on Instagram.

“Appreciate the Ravens organization for the opportunity,” Thomas wrote. “Had a great run. Wish things would have ended different but you live and you learn. Thank you (executive vice president and general manager) Eric DeCosta and everyone else who played a role in bringing me to B-More. Wish you guys the best.”

Will Cowboys be Earl Thomas’ next team?

The NFL Network also cited Dallas as a potential landing spot for Thomas, who played high school and college football in the Lone Star State. He played collegiately at Texas.

The teammates argued during Friday’s practice and reportedly had to be restrained from going after each other. Clark was back at practice on Saturday. Ravens assistant head coach David Culley said it was “an organizational decision” for Thomas not to take part on Saturday.

According to CBS Sports, some of the team’s veteran leaders were pushing for Thomas’ release.

“It just lasted longer than it needed to for me,” Ravens coach John Harbaugh told reporters after Friday’s practice. “You’re going to have these things in training camp. Tempers are going to flare, sure. It happens every training camp, especially right about now, probably. But I don’t like them when they extend like that and eat into our reps. We’re going to have to find out why and make sure that doesn’t happen. We need to keep our eye on the prize, which is preparing for the Browns.”

Thomas posted a since-deleted statement Saturday on social media of how the altercation with Clark developed.

“A mental error on my part,” Thomas wrote, according to NFL.com. “A busted coverage that I tried to explain calmly meet with built up aggression turned into me getting into with a teammate.”

A seven-time Pro Bowl selection and three-time All-Pro, Thomas has 713 tackles and 30 interceptions in 140 career games with the Seattle Seahawks (2010-18) and Ravens.