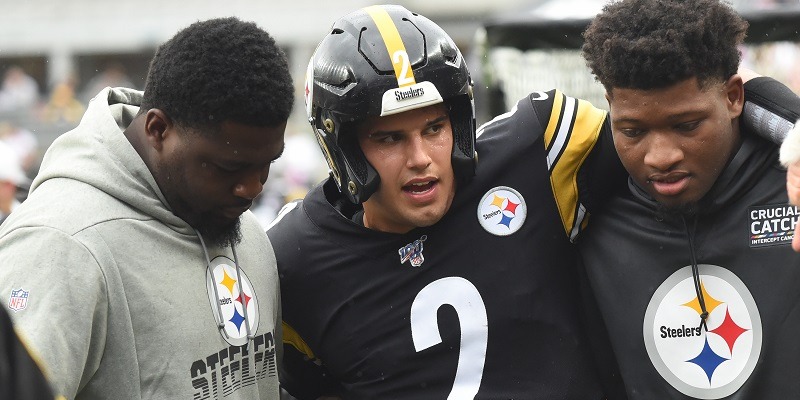 Baltimore Ravens safety Earl Thomas is not expected to be suspended for administering the hit that knocked Pittsburgh Steelers quarterback Mason Rudolph out of Sunday’s game.

NFL Network’s Tom Pelissero cited a source informed of the situation on Monday morning that Thomas likely won’t miss any time, however the league will review the play for a possible fine.

Rudolph scrambled to his left and completed a pass to James Washington before being sandwiched by Ravens defenders Brandon Carr from behind and Thomas from the front at 7:26 of the third quarter.

It appeared Thomas hit Rudolph high, in his chin or head area. Thomas received a penalty for roughing the passer but was not ejected in the Ravens’ 26-23 overtime win.

“It’s a football play,” the 30-year-old Thomas said. “It wasn’t dirty. He actually got sandwiched. B-Carr came from behind, and I hit him from the side in the strike zone. I didn’t even see a flag initially. I think once they saw how serious it was, they were like, ‘Oh, let me throw this flag,’ which was understandable.”

Rudolph fell to the turf without bracing himself and hit his head on the ground. He remained motionless for several moments as teammates and the training staff crowded around him. Trainers removed the facemask of Rudolph’s helmet and brought out a cart and stretcher, but neither was used, as he walked off the field with a good deal of assistance.

“I hit the strike zone like we talk about. I didn’t go high,” Thomas said, per ESPN.com. “I didn’t intentionally try to hurt him. I’m worried about him. I heard he’s at the hospital. My prayers go out to him and his family. I’ve never tried to hurt anybody.”

A six-time Pro Bowler and three-time first-team All-Pro in nine years with Seattle, Thomas has recorded 17 tackles and one interception in his first season in Baltimore.