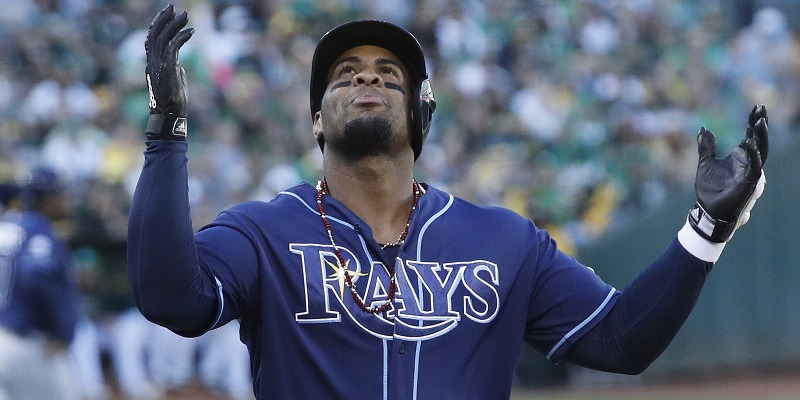 By hitting four homers to win in the single-elimination affair, the Rays advance to a best-of-five AL Division Series against the AL West champion Astros. Game 1 is Friday in Houston.

The wild-card loss was the second straight for the A’s, who dropped their ninth straight winner-take-all playoff game dating back to 1973. Oakland lost 7-2 to the New York Yankees in last year’s AL wild-card game.

Diaz, who returned Sunday from a two-month layoff caused by a fractured left foot, worked Manaea to a 3-1 count as the game’s first batter before driving a fastball over the wall in right field.

After the A’s left the bases loaded against Rays starter Charlie Morton in the bottom of the first, Avisail Garcia followed an second-inning infield single by Matt Duffy with a two-run homer, increasing the Tampa Bay advantage to 3-0.

Diaz made it 4-0 when he belted a carbon-copy homer to right off Manaea leading off the third, ending the Oakland left-hander’s night.

With homers in each of his first two postseason plate appearances, Diaz became just the fourth to accomplish the feat.

The two-homer game was his second of the year. He also went deep twice against the Yankees in May.

Manaea (0-1) was charged with four runs on four hits in his two-plus innings. He struck out five and did not issue a walk.

The A’s used a three-base throwing error by third baseman Michael Brosseau to score their only run in the last of the third. After Marcus Semien reached third on the miscue, Ramon Laureano drove him home with a sacrifice fly.

Tommy Pham completed the Tampa Bay scoring with a homer off Yusmeiro Petit in the fifth.

Morton (1-0) worked through a high pitch count to go five innings, allowing just the one unearned run and five hits. He walked three and struck out four.

Diego Castillo (two innings), Nick Anderson (1 1/3 innings) and Emilio Pagan (two-thirds of an inning) blanked the A’s the rest of the way.

Diaz finished 3-for-4 and Pham 2-for-4 for the Rays, who also won their previous trip to the AL wild-card game, eliminating Cleveland 4-0 in 2013.

Jurickson Profar and Robbie Grossman had two hits each for the A’s, whose eight hits in the game were all singles.