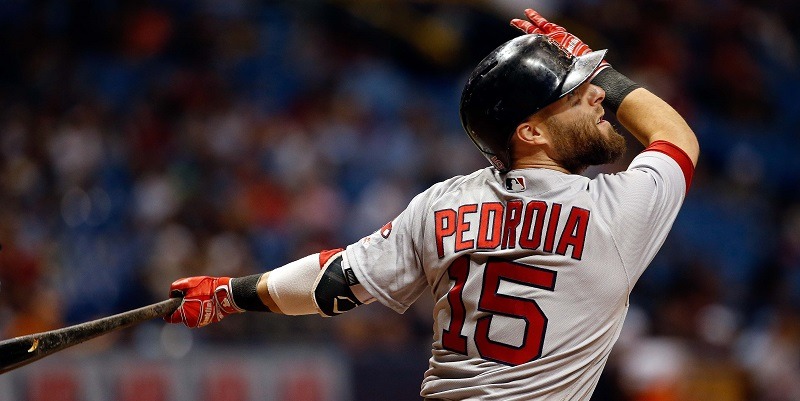 Boston Red Sox second baseman Dustin Pedroia will not break camp with the team and instead will begin the 2019 season on the injured list.
Pedroia expects to remain in Florida and play extended spring training games to build strength in his surgically repaired left knee. Manager Alex Cora said there is no reason to fear a long-term absence from Pedroia.
Utility options Brock Holt and Eduardo Nunez are likely to platoon at second base with Pedroia out of the mix.
Pedroia said Sunday he must remain focused on the “big picture” and not rush to get into the everyday lineup.
“How it’s gone so far, I feel great. I understand the question but the big picture is I’m trying to play the next three years, you know what I mean?,” Pedroia said.
“If that sacrifices five days or whatever to do that, then we have to do that. We have to do the right thing and make sure that I’m fine long term instead of rush something, something my knee is not ready for, and then have a problem.”
Because of knee issues, Pedroia played in just three games in 2018 with 13 plate appearances. The 35-year-old — a four-time All-Star and the 2008 American League Most Valuable Player — has been with the Red Sox since 2006 and is the team’s longest-tenured player.
–Field Level Media