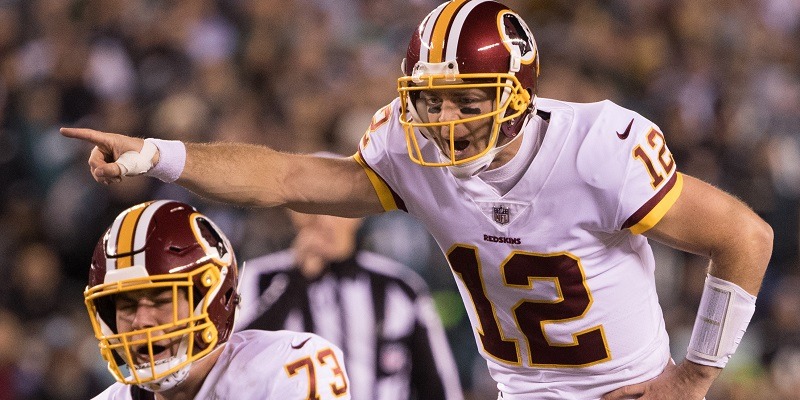 Washington Redskins quarterback Colt McCoy will be under center for the start of this weekend’s game against the New England Patriots, coach Jay Gruden announced Friday.

McCoy will be making his season debut in Sunday’s home game after working his way back from multiple surgeries to repair a fractured right fibula suffered last December.

The 33-year-old McCoy is getting the nod over Case Keenum and rookie Dwayne Haskins against the undefeated Patriots (4-0).

McCoy completed 34 of 54 passes for 372 yards with three touchdowns and as many interceptions in three games last season.

The 10-year veteran has thrown for 5,958 yards with 29 touchdowns and 26 interceptions in 38 career games with the Cleveland Browns, San Francisco 49ers and Redskins. He holds a win over the Patriots in 2010 when he was with the Browns.

Keenum has started all four games for the winless Redskins (0-4) this season, completing 92 of 135 passes for 970 yards with seven touchdowns and four interceptions. The 31-year-old, however, is nursing an injured foot.

Haskins, who was the 15th overall pick of the 2019 NFL Draft, threw three interceptions in relief of Keenum in Washington’s 24-3 loss to the New York Giants on Sunday. He completed 9 of 17 passes for 107 yards.