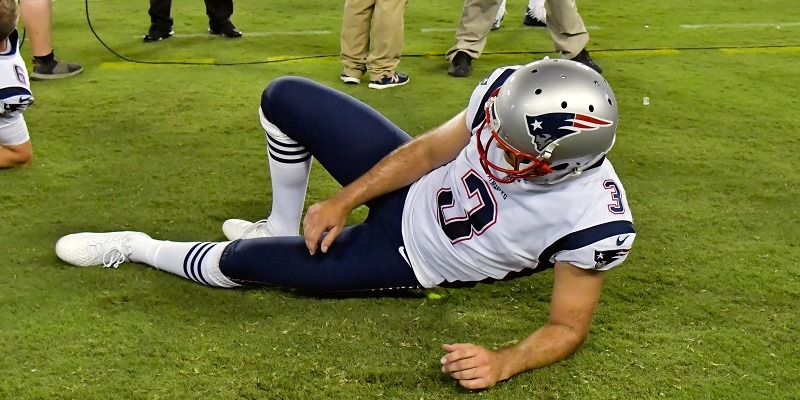 ESPN’s Adam Schefter reported that Gostkowski will require season-ending surgery for a left hip injury and would be ready for the 2020 season.

Multiple outlets reported that the Patriots worked out free-agent kickers Wednesday, and ESPN’s Mike Reiss reported that veteran Kai Forbath was among them. Matthew Wright, a rookie from UCF who was in camp with the Pittsburgh Steelers, was also part of the workout but won’t be signed, according to Reiss’ reporting.

Gostkowski is in his 14th season as New England’s kicker, but he struggled this season, missing four extra-point attempts in 15 tries. He made 7 of 8 field-goal attempts, with a long of 41.

The 35-year-old has helped the Patriots win three Super Bowls since the team selected him in the fourth round of the 2006 draft as a replacement for Adam Vinatieri, who had left for the Indianapolis Colts.